King penguins will be in for a rough ride in Antarctica 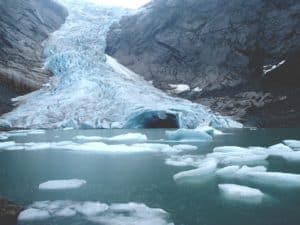 King penguins are among the most iconic, and most beloved, birds on the planet. The penguins, which grow to around 1m in height and 15kg in weight, feature regularly in nature documentaries. They are also hardy perennials as characters in animated cartoons.

Yet the birds, or most of them, might be gone by the end of this century, scientists warn, as warming global temperatures are set to make their habitats in their native Antarctic largely uninhabitable. According to a study published in the journal Nature Climate Change, two-thirds of the current king penguin population could either die out or end up being pushed back into small pockets of suitable habitat.

“If no actions aiming at halting or controlling global warming, and the pace of the current human-induced changes – climate change, overfishing – stay the same, the species may disappear in the near future,” Céline Le Bohec, a scientist at the University of Strasbourg in France who co-wrote the study, warns.

“Unless current greenhouse gas emissions drop, 70% of king penguins – 1.1 million breeding pairs – will be forced to relocate their breeding grounds, or face extinction before the end of the century,” the scientist added.

In late September an iceberg that weighs 315 billion tons and is the size of the Greater London area got detached from the Amery Ice Shelf in Antarctica. Dubbed D-28 by scientists, the ice sheet, which covers 1,636 square kilometers in area and is 210 meters thick, broke off the shelf in east Antarctica.

Scientists stressed, however, that this so-called calving was unlikely to have been caused by climate change. “We don’t think this event is linked to climate change, it’s part of the ice shelf’s normal cycle, where we see major calving events every 60-70 years,” said Helen Amanda Fricker, a glaciologist.

Drastic environmental changes in Antarctica in coming decades, however, could pose an existential threat to penguins and other local animals. King penguins are second only to emperor penguins in size among the planet’s 17 penguin species. They breed only on certain isolated sub-Antarctic islands in the Southern Ocean where there is no ice cover and they have easy access to the sea. King penguins have colorful feathers around their necks and heads, which make them the brightest of all penguin species.

The monogamous birds currently number somewhere around 3 million individuals with 2 million breeding pairs. Yet soon many of the penguins may not find enough food to feed their hungry chicks. “As the ocean warms a body of water called the Antarctic polar front – an upwelling of nutrient rich sea that supports huge abundance of marine life – is being pushed further south,” The Guardian explains. “This means that king penguins, [which] feed on fish and krill in this body of water, have to travel further to their feeding grounds leaving their hungry chicks for longer.”

Eventually, however, what with warming temperatures this front is likely to move out of the range of many foraging king penguins because around 700km is the upper limit of their foraging range. “The problem is the pace of change. It is really very fast, and that will make it hard for the penguins to adapt,” Le Bohec told the BBC.

Although current populations of the birds continue to be on the increase, their fortunes could soon change for the worse. “It is difficult to predict the outcome (of climate change),” the scientist added, “but there will surely be losses on the way – if we are to save anything, proactive and efficient conservation efforts but above all coordinated global action against global warming should start now.”

The post King penguins will be in for a rough ride in Antarctica appeared first on Sustainability Times.