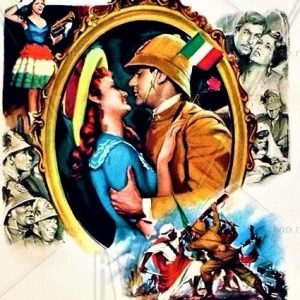 The Libyan catastrophe and the suffering of ”illegal” migrants are generally depicted as fairly recent events, though they are actually the results of a long history of greed, contempt for others and fatal shortsightedness. Like former Yugoslavia, Libya was created from a mosaic of tribal entities, subdued by colonial powers and then ruled by an iron-fisted dictator. Now, Libya is a quagmire where local and international stakeholders battle to control its natural resources. The country holds the largest oil reserves in Africa, oil and gas account for 60 percent of GDP and more than 90 percent of exports.1 This is one reason why Egypt, France, Russia, Saudi Arabia, the U.S., and many other nations are enmeshed in Libya. Furthermore, European nations try to stop mainly sub-Saharan refugees and migrants from reaching their coasts from Libya. An attempt to understand Italy´s essential role in the struggle over Libya´s oil and attempts to control unwanted immigration may help to clarify some issues related to the current situation.

On the 29th of June Sea-Watch 3 arrived in the port of Lampedusa. The ship carried 40 people who two weeks before had been rescued from an inflatable raft off the coast of Libya. After being denied disembarkation in Tripoli Sea-Watch headed for Lampedusa. The German Captain Carola Rackete´s appeals to the Italian Government to let the migrants disembark on Italian territory were met by deaf ears and she thus steered Sea-Watch dangerously close to a military patrol boat, which tried to hinder her vessel from reaching the port:

The situation was desperate. My goal was only to bring exhausted and desperate people to shore. My intention was not to put anyone in danger. I already apologised, and I reiterate my apology. They were asking me to take them back to Libya. From a legal standpoint, these were people fleeing a country at war [and] the law bars you from taking them back there.

On the 3rd of July, the Court decided that Rackete had acted out of compassion and after being ordered to return to Germany she was released. Salvini fumed:

She will return to her Germany where they would not have been so tolerant if an Italian woman had made an attempt on the life of German policemen. Italy has raised its head: we are proud to defend our country and to be different from other small European leaders who think they can still treat us as their colony.3

Italy treated like a European colony? This is doubtful, though it is a fact that Libya once was Italy´s grossing and mistreated colony and that Italy continues to be deeply involved in Lybian affairs.

While Rackete awaited her trial, Tajoura, a “migrant detention centre” east of Tripoli, housing more than 600 people, was hit by two airstrikes, leaving at least 44 dead and more than 130 severely injured. The attack was blamed on Kahilfa Haftar’s Libyan National Army (LNA).

Field Marshal Khalifa Haftar is the Libyan-American commander of armed forces loyal to the Libyan House of Representatives.4 He served under Muammar Gaddafi and took part in the coup that in 1969 brought Gaddafi to power. In 1987, Haftar was captured during Chad´s still smoldering civil war. He was released in 1990 and for two decades lived not far from Langley, Virginia, headquarters of the Central Intelligence Agency (CIA). General Haftar was instrumental in the 2011 downfall of Gaddafi and has been described as Libya’s most potent warlord. During Libya´s recent conflicts he has fought with and against nearly every significant faction.5

At the moment, Haftar is openly supported by Saudi Arabia, United Arab Emirates, and Egypt, and more or less clandestinely by France and Russia, with the U.S. waiting in the wings. France supports the interests of Total S.A., ranked as the world’s fourth-largest non-governmental petroleum company (after Shell, BP, and Exxon), while Russia is supporting LNA through weapon sales. Haftar´s forces are currently attacking the Government of National Accord (NAC) with its centre in Tripoli, this transition government is officially supported by the UN and particularly by Qatar and Turkey, though other forces are also present, such as Italy´s Miasit mission with 400 soldiers and 130 “land, naval and air vehicles”. Italy is the European country with the deepest Libyan ties.6 One example is ENI´s activities, an Italian multinational oil and gas corporation, the world´s 11th largest industrial company, which since 1959 has profited from Libya´s oil production.7 However, Italy´s connections with Libya runs even deeper than that.

In 1912, Italy conquered Ottoman Tripolotania and created a colony called Libya. After being defeated in World War II, Italy did in 1947 relinquish all claims to the territory. However, for more than thirty years the stream of people crossing the Mediterranean had moved in a completely different direction than it is doing now. After the Great Depression, Libya´s Italian population increased rapidly; in 1927, 26,000 Italians were living there, by 1939 they numbered 119,140, or 13 percent of the total population. Italian settlers were provided with land and infrastructure, while the local population was driven off to marginal lands, though this did not happen without fierce resistance. Italian colonial troops waged a ruthelss war against the locals, applying chemical weapons, mass executions of POWs and civilians, as well as the establishment of lethal concentration camps. It is estimated that between 1923 and 1932, 80,000 to 120,000 Libyans had been exterminated.8

When Colonel Muammar Gadaffi in 1970 became Libya´s dictator he banished the remaining 12,000 Italian citizens and had their possessions confiscated. After Gadaffi in 1973 nationalized half of the foreign oil production, the country´s GDP rose from USD 3.8 billion in 1969 to USD 24.5 billion in 1979. For a few years, Libya´s average per-capita income was above the average of Italy. Oil money was used to fund welfare programmes; house-building projects, improved healthcare, and compulsory education. However, over time Gadaffi´s erratic behaviour worsened. Any political conversation with foreigners became punishable with at least three years in prison and intents to start a ”political party” could lead to execution. Libya was furthermore supporting terrorist organizations all over the world.

In 2004, Gadaffi visited Brussels and succeeded in convincing the EU to drop sanctions imposed on Libya. Like Turkey, Libya used the plights of refugees and international migrants as a means to extract funds from the EU, which in 2010 contributed with €50 million to stop African migrants from passing through Libya into Europe, while migrants had already been used as a bargaining chip during Gadaffi´s negotiations with Italy, which in spite of recurrent grievances had maintained several of its financial and commercial ties with Libyan leaders.

In 2008, Gadaffi made a deal with Italian Prime Minister Silvio Berlusconi – Italy would through annual installments of USD250 million over a 20 year period compensate Libya for hardships brought about by its colonization of the country. In exchange, Libya would curb illegal migration across the Mediterranean, an encouragement for establishing ”detention centres”, which soon became sources for slave labour and human trafficking.9 The deal was suspended in February 2011 but renewed on 7 July 2018, leading to an intensified Italian-Lybian cooperation.

After a new Italian government came into office in 2018, it refused to take in people from search-and-rescue ships active in the Mediterranean, this included rescue efforts by the EU sponsored Operation Sophia, which since 2015 had saved thousands of people from drowning. After Italy threatened to veto it, EU did on 27 March stop this endeavour. Since then, thousands more international migrants, mainly from sub-Saharan Africa, have been detained in the infamous Lybian detention centres. Various reports did in 2017 estimate the number of inmates in Libyan camps to be between 10,000-20,000, at any given time. 10

The situation has become even worse after Field Marshal Haftar´s recent, massive attack on Tripoli. Both militias and ”regular” army forces tend to use ”detention centres” as ”shields” for their installations. On 3 July, right after the attack on the Tajoura camp, the UN High Commissioner for Human Rights, Michelle Bachelet, stated:

I have repeatedly called for the closure of all migrant detention centres in Libya, where UN human rights staff have documented severe overcrowding, torture, ill-treatment, forced labour, rape, and acute malnutrition, among other serious human rights violations. I also repeat my call for the release of detained migrants and refugees as a matter of urgency, and for their access to humanitarian protection, collective shelters or other safe places, well away from areas that are likely to be after been trapped in gruesome facilities.11

Libya´s current misery and the plight of refugees and international migrants languishing in its detention centres, or drown in the Mediterranean, cannot only be blamed on repression in developing countries and the inability of their governments to amend poverty and unemployment. The disaster is also caused and furthered by distortions engendered by colonization and the enduring greed of foreign stakeholders. We are all guilty of the current suffering in Libya.

1 Organization of the Pertroleum Exporting Countries (2019) Libya Facts and Figures. https://www.opec.org/opec_web/en/about_us/166.htm
2Agence France-Presse (2019) “Captain defends her decision to force rescue boat into Italian port.” The Guardian, 30 June.
3 Tonacci, Fabio and Alessandra Ziniti (2019) “Sea-Watch, Carola Rackete è libera: ´Commossa. Gip annula
l´arresto: ´Agì per portare in salvo i migranti´. L´ira di Salvini.” La Repubblica, 4 July.
4 A UN led initiative established in 2015 a Libyan Government of National Accord (NAC). However, a House of Representatives (HoR) had already been formed after an election in 2014, to replace Libya´s General National Congress. Neither entity recognizes the other, NAC is based in Tripoli, while HoR is in Tobruk, their armies are currently fighting each other.
5 Anderson, Jon Lee (2015) “The Unravelling: In a failing state, an anti-Islamist general mounts a divisive campaign” The New Yorker, February 23 and March 2.
6 Orsini, Alessandro (2019) “Haftar a Roma: L´Italia non pu`lasciare a Libia scivolare verso il Medio Oriente,” Il Messagero, March 17.
7https://www.eni.com/enipedia/en_IT/international-presence/africa/enis-activities-in-libya.page?lnkfrm=asknow Thirty percent ENI´s shares are owned by the Italian government.
8 Historical information in this article is mainly based on Wright, John (2012) Libya: A Modern History. Oxford: Oxford University Press.
9 Human smuggling from the coast of Libya is a multimillion dollar business. In 2015, the Global Initiative against Transnational Organised Crime (GITOC) estimated profits to be between USD 255 – 323 million per year. GITOC (2015) Policy Brief. Libya: a growing hub for Criminal Economies and Terrorist Financing in the Trans-Sahara. Geneva: RHIPTO. p. 2.
10 Amnesty International (2017) Libya’s Dark Web of Collusion: Abuses Against Europe-Bound Refugees and Migrants. London: Amnesty International Ltd.
11https://www.ohchr.org/EN/NewsEvents/Pages/DisplayNews.aspx?NewsID=24535&LangID=E