Replanting the Philippines’ forests one tree at a time 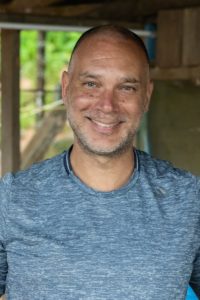 The Philippines, a picturesque archipelago home to 105 million people, is among the most biodiverse countries in Southeast Asia. Yet extensive deforestation has wreaked havoc with local ecosystems, pushing numerous species of flora and fauna to the edge of extinction, including hundreds of endemic species.

Over the past century most local forests, which once covered more than two-thirds of the country, have been felled. Today only a fifth of the Philippines is covered in forests and illegal logging continues to take its toll on remaining forests around the country.

One Tree Planted, a non-profit based out of Vermont, has been planting trees in the tropical rainforests of Mindanao Island in the southern Philippines in an effort to try and restore some of the local forests to their former glory. In the process, the nonprofit says, it seeks “to improve water quality, create jobs, and protect and revive the livelihoods of indigenous communities surviving off of rainforest conservation.”

Matt Hill, a self-described environmental evangelist, set up One Tree Planted in 2014 with the aim of enabling and encouraging people to “give back to the environment.” Planting trees is one of the simplest ways people can give back to their environment, he believes. Last year alone his nonprofit planted 1.3 million trees from the United States all the way to Indonesia.

Hill has spoken to Sustainability Times.

Sustainability Times: The numbers about the rates of deforestation in recent decades paint a bleak picture in the Philippines. How bad would you say the situation is?

Matt Hill: The Philippines suffers from deforestation perhaps more than any other country, not only in the scale of forest lost but also in the rate at which forests are being cut down. Just in the last 100 years, the Philippines has lost close to 10 million hectares of forest, taking it from some 70% forest coverage down to a mere 20%. According to Conservation International, this extreme rate of deforestation means the Philippines ranks as the 4th most threatened forest hotspot in the world.

ST: How badly have local ecosystems been affected?

Matt Hill: The dramatic loss of forest cover in the region has a multitude of effects on the land and population. The lack of trees is causing major erosion, which has depleted the soil’s nutrients. At least 50% of the topsoil has been lost in most regions, causing much lower crop yields and higher food insecurity. Erosion also severely affects many critical watersheds. With a lack of trees to properly filter and retain the groundwater, the quantity and quality of the cities’ water supply has diminished.

Less forest coverage also means the landscape is more vulnerable to environmental disasters such as typhoons, further exacerbating the ecological damage to the region. The Philippines is one of the most ecologically diverse regions in the world, home to more than 400 endangered species. The destruction of the forests reduces these species’ habitats and, ultimately, brings down their chance of survival. Beyond the impact on local biodiversity, there are also indigenous communities who rely heavily on the forest to support their livelihoods, and who are largely not at fault for the country’s shrinking forests coverage.

ST: What drives large-scale deforestation in the country?

Matt Hill: Throughout the 20th century, the Philippines became known for exporting timber. In the 1970s President Ferdinand Marcos encouraged the growth of timber of the country’s timber industry by issuing eight times more logging licenses than previously issued. By the end of his 20 years in office, more than half of the thriving forest he had inherited was cut down. This amounts to about 7.2 million hectares of forest lost over two decades.

Other causes of deforestation include slash-and-burn agricultural practices, forest fires, typhoons, and even volcanic eruptions. As with many regions around the world, an increasing population has only exacerbated these issues. More mouths to feed inevitably leads to a demand for agricultural land. On top of this, rapid expansion of urban centers continues to encroach on forested areas. All these factors add up to a lot of trees getting cut down.

ST: Deforestation rates have been far beyond sustainable levels not only in the Philippines but across much of the tropics from Southeast Asia to the Amazon. What can be done to protect remaining forests from further harm?

Matt Hill: In short, keep planting! Replacing the trees we’ve lost is the fastest way to getting our forests back. There is a famous Chinese proverb that says “The best time to plant a tree was 20 years ago. The second best time is now.” Planting trees in targeted areas is a key factor in addressing specific problems.

In our new Philippines project we are tackling biodiversity loss by partnering with Endangered Species International and planting at Mount Matutum, which is home to many endangered species such as the Philippine eagle and the Philippine tarsier. Other important ways to protect forests is by finding a healthy equilibrium where the demand for food and land can be met while balancing the needs of nature.

Introducing sustainable farming practices and helping farmers transition to agroforestry have already proven successful in other areas around the world such as Brazil and Guatemala. Helping farmers obtain carbon credits in exchange for growing trees on their land is another effective method to discourage logging in countries like Tanzania, Kenya, and Rwanda.

ST: How does One Tree Planted seek to make a marked difference?

Matt Hill: By keeping things simple. One-dollar plants one tree. It’s that easy. Making it simple for people to get involved means we are able to act quickly and support the projects around the world that need it most. Plus, it’s a measurable impact that most people can afford. We want people to feel inspired, to feel positive about the future, and to enjoy taking part in making the planet a greener, healthier place.

Part of this is about encouraging our supports to not only donate, but to take action and get involved with their communities through our schools and tree ambassador programs, as well as the many volunteer planting events we host throughout the year. This is a way for just about anyone to get their own hands in the dirt close to home.

In the end, planting a tree is a tangible step to helping protect our planet. Especially when you do it yourself. You know the impact that tree will have now and into the future. It’s something we can all connect with. That’s why we want to make it easy for people and businesses to make that connection with the environment. When they do, other shifts towards sustainable actions come naturally.

ST: Are you optimistic about the future of forests in the Philippines and elsewhere in the region?

Matt Hill: Absolutely! In the last three decades the Philippines has already regained about 16% of its forest coverage thanks to large-scale reforestation efforts. Over the next year our project is planting another 20,000 trees to restore 247 acres of deforested land in the Mt. Matutum area. Not only is this providing habitat for endangered species, but we are also working in conjunction with the B’llaan tribe, whose ancestral lands are being restored by the project.

We are also working in other countries throughout Asia, such as Vietnam, Indonesia, and India. This year alone we are planting a total of 362,800 trees across the region so we are happy about the amazing strides forward we are making in our global reforestation efforts.

Recent research out of Switzerland found that the planet could benefit from 1 trillion more trees, and those trees could reduce the excess carbon emissions in our atmosphere by up to 60 percent. Although we are not at 1 trillion trees just yet, by the end of this year we aim to plant over 4 million trees worldwide. Each year we plant more and more trees, so we are confident that we can play a major role in creating a healthier environment throughout the world.

The post Replanting the Philippines’ forests one tree at a time appeared first on Sustainability Times.