Climate change will force us to reevaluate our priorities 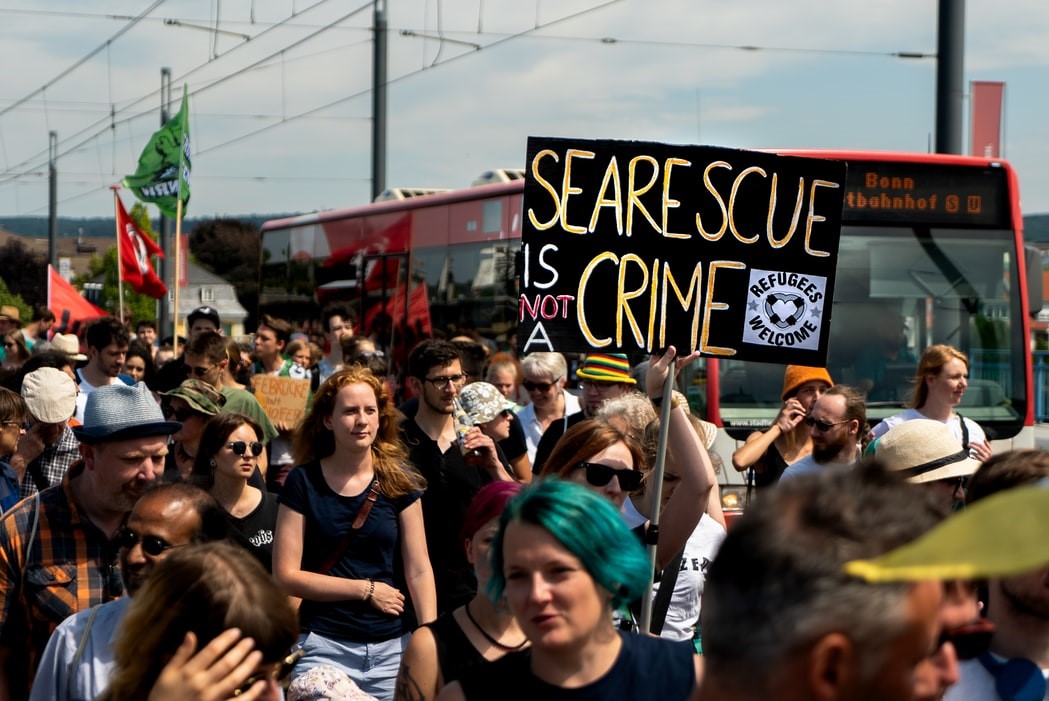 The world is busy preparing for climate change, yet for many it’s already here in the form of floods, heatwaves, droughts and other extreme weather events. What should we do with the impacts that are knocking on our front door? One answer comes from mutual support regarding losses and damages inflicted by climate change.

Measures like mitigation and adaptation can achieve a lot but even they have their limits. Irreversible losses from climate impacts, such as people dying from heatwaves or historical sites being submerged underwater, can’t be remedied. But many forms of damage can be alleviated or repaired, such as partially destroyed buildings and infrastructure.

Loss and damage remedies help to prepare us for and deal with harmful effects caused by climate change, including a rising frequency of abrupt events (like cyclonic storms in Bangladesh) as well as long-term and often global processes such as a rise in sea level, decreasing crop yields, and rising temperatures.

Quite often, losses and damage affecting countries can be mitigated by well-off countries helping less well-off ones that are most vulnerable to changing climates. Sometimes support might mean financial aid to recover from a recent disaster or making urban areas more resilient and adaptable. In other cases, such assistance can include sharing climate adaptation technologies, expertise and more.

Still, preventative approaches based on reducing risks of disasters, capacity building and better preparedness to extreme events remain the best options on the list, considering the immense costs of addressing the impacts once they come.

THE PRICE OF INACTION

According to the IPCC, the costs of dealing with climate change could amount to $54 trillion by 2040. And just in the last three years, climate-related disasters have already cost the world $650 billion.

When it comes to countries that are likely to see much of their land area go underwater, the damage to them will entail their entire economies. The losses in their services sector are going to be no less critical, with changes in human productivity, health and disrupted communications systems due to sea-level rises. Meanwhile, agriculture, trade, tourism, finance, and nearly every other sector will face losses and damages. Still, the economic impacts can hardly compare to impacts on society.

By 2050 environmental change may displace up to 1 billion people. Already millions of people are fleeing their communities due to droughts and resource shortages. The influx of asylum seekers into Europe is just the first sign of an increasingly global phenomena, which will require a reconsideration of immigrant policies and the redistribution of national incomes.

While a lot of displacement is due to events such as droughts and conflict over resources, sea-level rises will create even more dire scenarios. In less than a century we could see 52 island states disappear in addition to coastal cities like New York, Hong Kong, Miami and hundreds of others.

Two years ago, New Zealand has kicked off the world’s first-ever climate refugee visa program for Pacific Islanders. Similar schemes are likely to be relevant for many other nations in the near future.

Places like the Marshall Islands serve as glimpses into the future. Having (partly) relocated one-third of its population to the United States, the country is in the process of transferring its cultural heritage abroad, as well exploring the challenges related to changing livelihoods, different cultural contexts and even food habits. Thus, in the decades to come recovering from climate change is going to be a lot about mutual support and collaboration among peoples and nations.

In the aftermath of recent tsunamis which have cost the country $1.6 billion in economic damages, Indonesia is exploring catastrophe bonds to ensure necessary finance for recovery from future disasters, with high returns to investors if no disasters occur. The practice has already gained traction in Chile, Columbia, Mexico, and Peru, which have issued $1.36 billion’s worth of catastrophe bonds for earthquake responses. Resilience bonds, climate insurance, and other safety nets are also increasingly considered by decision-makers in many other countries with the aim of making sure their societies are always ready for the worst.

Meanwhile, Hurricane Maria in Puerto Rico and many other abrupt disasters around the globe show the importance of preparedness, as well as how help can come from all parts of the planet. These efforts  require a good understanding of needs and proper communication channels. We can learn from these disasters, using recovery to create more resilient and sustainable societies.

Thanks to the Paris Agreement, climate justice, and remedy concerns are also increasingly addressed at global discussions, including improved sharing of expertise and capacity-building. And though top emitters still tend to restrain from providing direct remedies, the climate change litigation movement is gaining ground globally as communities are seeking to make those responsible for climate change shift their behaviors or pay for the damages they have caused.

Cases include the Urgenda Foundation and 900 citizens suing the Dutch government to improve preventative climate action. Meanwhile, 10 families across Europe are initiating a litigation action before the EU’s General Court to seek remedy from the impacts of climate change on their livelihoods, among many others.

In the next few decades climate change will leave nobody untouched. That will pose complex challenges with tough choices to be made both at home and abroad. Ultimately, if our climate regimes shift into a “Hothouse Earth” scenario, everyone will be paying a price in terms of lost ecosystems and extreme weather. That is why we must move towards the best possible synergies for increased collaboration on all fronts.

The post Climate change will force us to reevaluate our priorities appeared first on Sustainability Times.