Could we cool down the planet by mimicking a volcano? 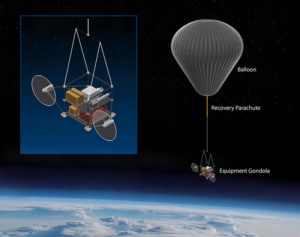 Our impacts on the planet, including its climate, have been colossal so if we don’t want to see the end of life on Earth as we know it, we’ll need to do something. Doing something means either reducing those impacts considerably or else trying to remedy their effects, such as through large-scale geoengineering projects.

That also applies to the climate. Unless we do something and fast, the effects of climate change are set to spiral out of control, wreaking havoc with the planet’s environment from pole to pole and everywhere in between.

To stop that happening, a team of scientists at Harvard University in the United States has an idea: they suggest deploying a fleet of specially designed new aircraft to spray sulfate particles into the lower stratosphere with the aim of helping cool down our feverish planet.

It may sound like a scheme by a mad scientist in a James Bond movie, or a futile effort at best, yet the scientists believe it could work. Called the Stratospheric Controlled Perturbation Experiment (SCoPEx), the solar geoengineering project is based on a simple idea: if we can increase Earth’s ability to reflect solar radiation back into space, we can keep us cooler at ground level.

To do that, though, we would need to vast amounts of aerosols into the stratosphere at nearly 20km above the surface. That would be quite an undertaking.

The scientists envision a fleet of up to 100 specially designed jets, which would need to complete more than 60,000 missions over 15 years in order to pull it off. The project could cost around $3.5 billion to get it off the ground with an extra $2.25 billion spent on it in each subsequent year. Billionaire investor Bill Gates has thrown his support behind the idea, as have the Hewlett Foundation, the Alfred P. Sloan Foundation, and several other institutions and individuals so funding might be on the way.

“SCoPEx builds on four decades of research on the environmental chemistry of the ozone layer,” the scientists explain. “SCoPEx will use or adapt many of the high-performance sensors and flight-system engineering experience developed for this ozone research. Analyzing these experiments will improve our knowledge beyond what is currently available within computer models or is measurable with confidence under laboratory conditions.”

That said, releasing large amounts of aerosols into the atmosphere to cool the planet is a tall order for us. Yet nature has done just that repeatedly. It did so in 1815, for instance, when the Mount Tambora volcano erupted in what is now Indonesia in the spring of that year. The volcano spewed vast amounts of volcanic ash and droplets of sulfuric acid into the atmosphere.

The ash and droplets came to act as a screen that shielded the surface from many of the sun’s rays. Global temperatures dropped as a result and 1816 came to be known the “Year Without a Summer.”

Questions remain, though, about the feasibility of pulling off such an ambitious undertaking successfully. We should also be concerned about the possible unintended consequences. Numerous species of plants and animals could be adversely affected by a serious reduction in sunrays over many years, which could speed up already alarming extinction rates.

Reducing our greenhouse gas emissions significantly is still our best bet. Yet failing that we’ll have to try other last-ditch efforts. “[A]s the effects of climate change worsen, solar geoengineering may be looked to as a tool to mitigate these effects,” argues Louise Bedsworth, who chairs Harvard’s Advisory Committee for the SCoPEx Project.

“I believe responsible, accessible, and transparent research is needed to understand the technical, political, and societal implications of solar geoengineering and to support informed decisions around deployment if such decisions become necessary.”

The post Could we cool down the planet by mimicking a volcano? appeared first on Sustainability Times.