Changes in our diets could make a world of difference 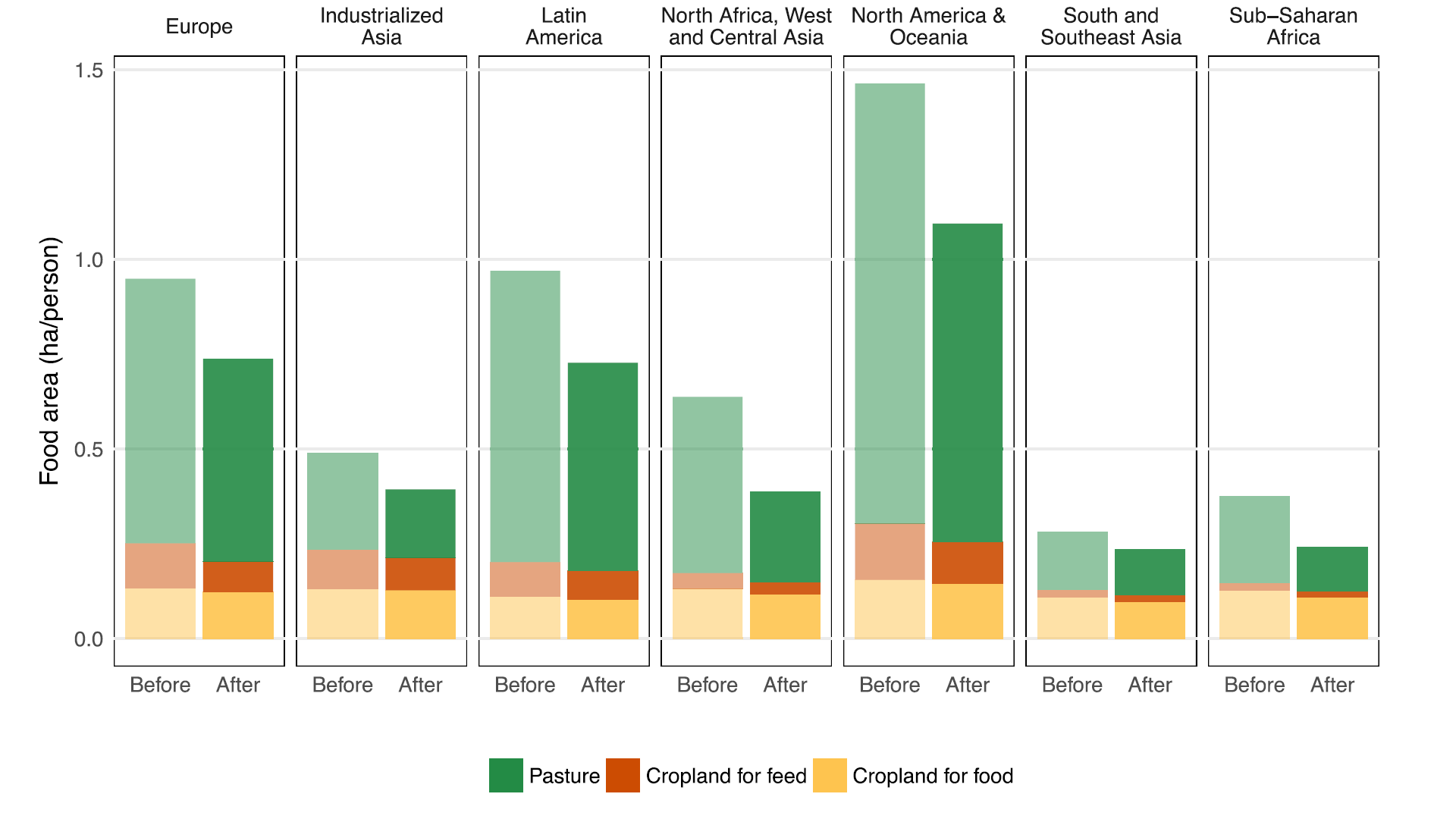 Making small changes in how food is produced could play a key role in creating a sustainable food system, suggests a new paper in Global Environmental Change.

Building on the theory of marginal gains, the study’s authors argue that 29 minor changes across our food chain could save one-fifth of agricultural land globally. Considering that agriculture uses around 40% of global land cover among ever-growing food demands, these findings are highly relevant.

When choosing actions for their analysis, the researchers focused on ones that people can implement quickly while avoiding painful sacrifices. They also tried to consider dietary differences across the globe to make their findings applicable to real-life scenarios.

Love meat? Replace red meat with chicken. Struggling with food waste? Use it as animal feed. Care about the future of life? Try not consuming meat and dairy products a few times a week. By adopting such changes in dietary habits through a few conscious choices, we could make a large difference together.

Other actions suggested by the scientists include switching to lab-grown insect meat, wiser food consumption and regular efforts to cut down on food waste. Ultimately, these changes would help reduce the land area required for pastures and growing animal feed while leading to a slight increase in land required for growing crops.

The researchers also emphasize that we should not aim for a single global sustainable diet but consider different local contexts. Across countries with high per-capita consumption levels tweaking daily habits would play a key role in delivering changes. Citizens in these countries should also consider having fewer pets and explore various ways to cook tofu and fish. Meanwhile, people in developing countries would benefit from increasing supply chain efficiency, improving food storage and reducing post-harvest loses.

All this doesn’t mean that we should change overnight for the system to have an effect. On the contrary, an annual adoption rate of 0.5% to 5% could lead to significant outcomes over a period of five to 15 years. And if we get even more ambitious, the amount of agricultural land recovered from improved practices and habits could grow up to 37%.

“While a transformational change is required, we need an approach that is achievable in practice,” Peter Alexander, a co-author of the study from the University of Edinburgh, comments. “A vegan or vegetarian diet isn’t likely to be adopted by everyone and we think a set of small steps in the right directions will be more likely to be adopted and ultimately successful.”

The changes could also have other far-reaching impacts: from decreasing carbon emissions to freeing up new areas that could be used for reforestation as part of rewilding efforts. More sustainable diets could also mean a more liveable and climate-resilient future.

The post Changes in our diets could make a world of difference appeared first on Sustainability Times.