Media coverage of climate change varies from place to place 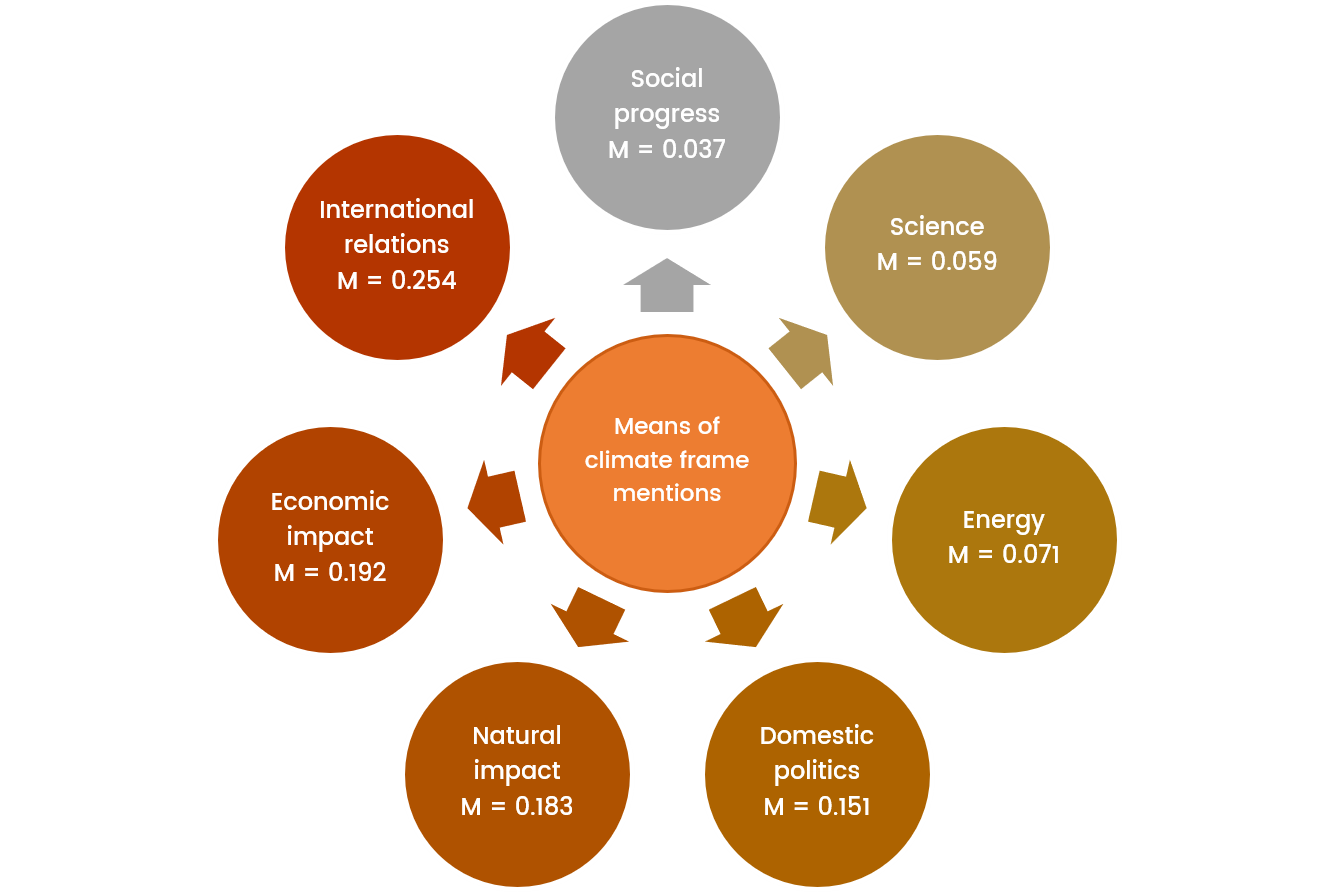 Media organizations worldwide are paying more and more attention to climate change in their coverage, yet significant differences remain from area to area, according to new research published in Global Environmental Change. And this is not only due to culture or geography. Rather, reasons include economics and politics.

The study looked into climate coverage in 45 countries as represented by 84 different media outlets. Unlike previous research that focused mostly on developed nations, this study tried to cover a broader spectrum of countries based on all relevant characteristics.

To grasp the differences, the researchers outlined seven key frames, most often found in media representations of climate change across the globe. These frames determined how climate issues are presented and interpreted, which further influences discussions, policy, and action. They also feature particular attitudes on the topic; for example, what issues get more attention and what receive less.

A tailored computer algorithm was used to scan over 23 million words within articles for keywords and phrases attributed to a particular frame. This is the largest study of this kind to date, with more than 37,000 pieces published between 2011 and 2015 included in the analysis. Aspiring to capture local contexts, the researchers studied articles published in English, French, Portuguese, and Spanish.

This is also the first-ever study looking at a diversity of factors in media analysis of climate coverage, including vulnerability, emission levels, government action, and press freedom.

International relations turned out to be the most common frame among countries covered by the study. The frame focuses on global action to address climate change and how nations interact in trying to address issues like responsibility, justice, and commonly agreed targets.

Another widely shared frame turned out to be the economic impacts of climate change. The researchers suggest that GDP per capita is the strongest predictor of how climate action is portrayed within a country. Richer countries emphasize climate science and regulations, while poorer and often more vulnerable ones tend to focus on damage and loss attributed to climate change.

Countries with high carbon footprints are also often focused on their energy use. In a broader sense, countries’ capacities are highly linked to what people see, how they think, and what they do.

The scientists admit that social progress in addressing climate change is the least popular frame on the list, which they also link to insufficient action on climate, apocalyptic narratives and other negative associations with the issue.