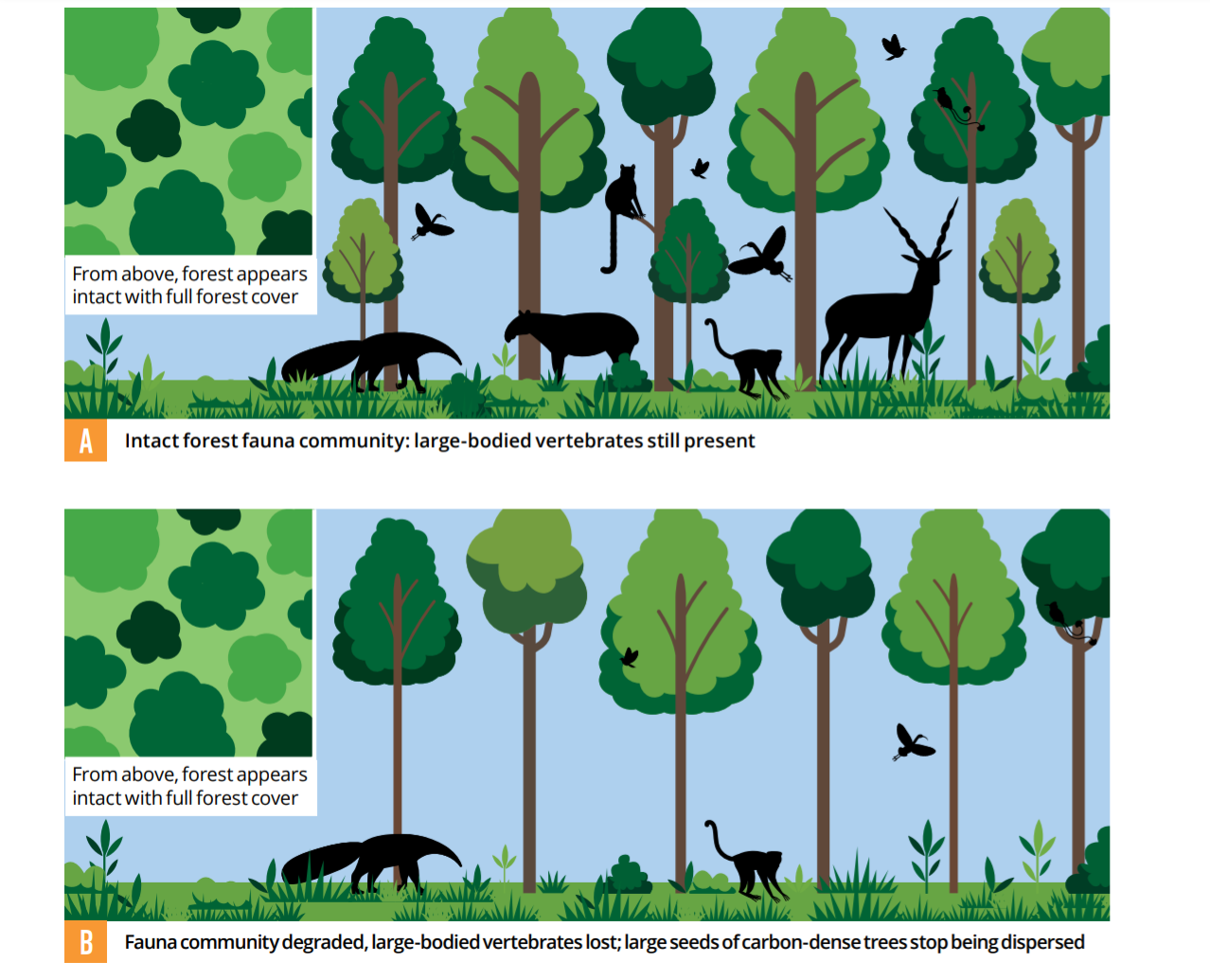 While we know that biodiversity is on the decline across much of the planet, relatively little attention has been paid to the loss of forest biodiversity. A new report by the World Wide Fund for Nature titled Below the Canopy is out to remedy this shortcoming.

This first-ever global forest biodiversity assessment comes with a shocking discovery: between 1970 and 2014, forest wildlife has halved across the planet. The Amazon rainforest fires spinning out of control at the time of the report’s release underlines the urgency of its message.

Humans undermine forest biodiversity in a number of ways: clearing for agriculture and grazing; replacing old forests with plantations; poaching wild animals and illegally harvesting wood. At the same time  climate change is already starting to have its effects felt, triggering the speeding spread of diseases and creating emergencies as a result of longer periods of extreme heat.

Our current efforts to combat those trends need a radical rethink, experts say. Louise McRae, a conservation scientist from the Zoological Society of London and a co-author of the report, argues that “the first step towards protecting threatened wildlife is understanding trends in their populations and what drives their decline.”

Forests are home to over half of the land areas harboring species globally. Along with the oceans, they also play an invaluable role in the carbon cycle. In addition, they provide multiple ecosystems functions such as water and air purification, nutrient cycling, soil erosion control, and supplies of food, wood and other products. And yet, healthy forests are impossible without thriving biodiversity. In a mutually dependent ecosystem, the wellbeing of one species depends on the wellbeing of all. We too need biodiverse forests to survive on this planet.

In light of the new report, WWF highlights the need for enhanced global collaboration on the issue. A New Deal for Nature and People championed by the NGO might help to make this happen if political leaders decide to respond and unite in time. The organization has also called on states to adopt new, ambitious targets within the Convention on Biological Diversity.

For their report, which was written in collaboration with UNEP-WCMC and the London Zoological Society, the authors developed a special Forest Specialist Index that they recommend as an important amendment to the post-2020 global biodiversity framework.

The index focuses on species that specifically depend on forests for their survival and it allows us to look below the canopy in forest conservation efforts. Even though after disturbances many forests can regenerate fairly quickly, some species can do so a lot less slowly than others.

In their analysis, which covered 268 species and 455 populations, the authors highlight the need for a much broader repeated and on-ground monitored efforts to understand the real scope of changes. And although the report’s overall tone is grave, the document highlights a number of promising cases.

One such example is the rebounding of populations of Columbus monkeys in Tanzania. Another is forest regeneration from farmlands in Costa Rica. These “success stories show that with the right conservation strategies, forest vertebrate populations can recover,” the report notes.