A new dam on the Mekong could cause a biodiversity crisis 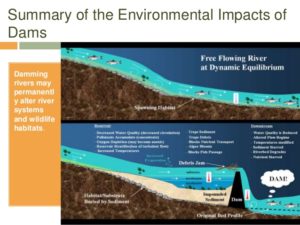 The Tonle Sap Lake is called the Great Lake by Cambodians for good reason. The scenic lake spans a vast area as the largest freshwater body in Southeast Asia. Its quaint waterborne villages are popular with tourists.

Yet Cambodia’s Great Lake does more than just provide for great photo ops. It also provides around 2 million people with their livelihoods, ranging from fishing to trading and transportation. Fisheries around the lake contribute around 75% to the nation’s production of protein.

But trouble is brewing for Tonle Sap. The lake’s annual flood cycle largely depends on water flowing from the increasingly beleaguered Mekong River, whose water recently plummeted to its lowest level in a century. During the monsoon season the rising of water levels in the Mekong, triggered by heavy rains, causes the usual flow of the river to reverse, pushing a large amount of water into the Great Lake.

This causes the lake to overflow and inundate surrounding areas. Tonle Sap and its surrounding floodplains are rich in nutrients and home to numerous fish species and other aquatic lifeforms. Some fish spawn in these floodplain areas, whereas many migrate upstream to their spawning grounds in the Mekong River in northern Cambodia at the beginning of the monsoon season.

Large amounts of their eggs then drift downstream with the help of fresh rainwater in rivers and make their way into floodplains like Tonle Sap. These nutrient-rich floodplains, therefore, serve as important nursery grounds for young fish.

The Great Lake’s fish are facing severe threats from overfishing and a changing climate. And soon they could also be facing additional threats in the form of a planned new hydroelectric dams that could cut off their migratory routes.

Cambodia has major energy challenges. Half of the country’s energy consumption is imported from neighboring countries like Thailand. High energy prices and chronic blackouts are common.

“Last year there were blackouts but not as bad as this,” said Em Sokyenn, a print shop owner in Phnom Penh. “It affects business: work we are supposed to finish in a day takes two or three.”

The scarcity of power has prompted Cambodia to consider building dams in order to produce energy for domestic consumption. A planned new hydropower project called the Sambor Dam is in the works upstream on the Mekong River. The massive project, which would produce 1,800 megawatts of power, is scheduled to be completed by 2027.

However, environmentalists are concerned that the hydropower project will have a massive impact on fisheries. The dam “would be devastating as it would block fish migration from the Tonle Sap (Cambodia’s Great Lake), a vital tributary to the Mekong and the spawning grounds upstream,” according to a confidential environmental assessment commissioned by the country’s government in Phnom Penh.

The Sambor Dam, which is backed by China, is planned to be built at a location between where fish migrate upstream to their spawning grounds and where eggs and larvae drift downstream to nursery habitats. “A huge volume of fish biomass pass through this river corridor every year, and that migration sustains the extraordinarily productive fishery of the lower Mekong, making the Sambor site the least suitable place for a physical barrier in the Mekong Basin,” noted the report.

The proposed hydropower project could also destroy natural habitats in the lower Mekong basin and floodplains, including the Tonle Sap lake, for various fish species. It would also disrupt their life cycle stages. “Sediment capture at Sambor CSP [China Southern Power (Grid Company)] would deplete the flow of the sediments and nutrients into the Tonle Sap Great Lake, where the productivity of this fishery is directly correlated to the volume of water containing the sediments and nutrients passing through the lake,” the report explained.

If Cambodia does decide to go ahead with on the proposed project, the nation would have to pay a high price. Biodiversity would suffer and so would the environment. “Even the most advanced mitigation measures still pose high risks,” said Gregory Thomas, a researcher from the California-based National Heritage Institution (NHI). “There is no evidence that any large dam on a tropical river has ever been successful in the use of the latest fish mitigation technology.”

The post A new dam on the Mekong could cause a biodiversity crisis appeared first on Sustainability Times.