Ireland needs to do more to protect wild birds 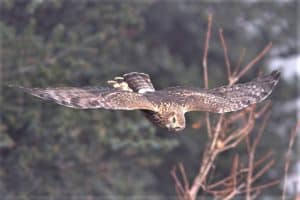 The trouble with wildlife conservation is often that a lot of it is treated as a local issue whereas it should be conducted on a far larger scale, across national boundaries, seeing as many wild animals know no borders. Then again, some of wildlife conservation does have to be local, such as on islands.

But some of those islands are failing to protect endangered flora and fauna adequately even within the European Union. A case in point is Ireland, an island nation that has not done enough to protect vital wildlife habitats and threatened species, according to a recent report compiled by several leading conservationist groups.

Based on information provided by experts from BirdWatch Ireland, Irish Whale and Dolphin Group, Irish Wildlife Trust, Bat Conservation Ireland and other conservationist groups, the study’s authors concluded that Ireland is “performing very poorly over species protection and engagement with the public and stakeholders such as conservation groups.” Local action plans that are meant to protect several local species are ineffective, out of date, or implemented in a “piecemeal” fashion, they add.

Protected areas like some national parks lack the funds to combat environmental stresses effectively. In general, the monitoring of threatened species to keep track of how well or badly they are doing in the wild around the Emerald Isle is also wanting.

“A lack of political will to protect our threatened species and habitats is condemning Irish nature to loss and decline,” said Oonagh Duggan, a member of the conservationist group Irish Environmental Pillar. “The report pinpoints the lack of political leadership undermining protection of nature. Significant investment and enforcement of the laws that protect our wildlife are urgently needed if we are to go from red to green in species and site protection.”

Ireland is home to numerous bird species from swans to cormorants and from kingfishers to puffins. Yet many of them have seen their natural habitats shrink to worrying extents. “Bird species like the hen harrier and curlew are seriously threatened,” Duggan said. “Ninety-two per cent of our internationally important habitats, like blanket bog in our mountains, and flower-rich grasslands, are under serious threat from the impacts of burning and intensive agriculture.”

And the country’s wildlife, including birds, is certainly well worth protecting. “We have amazing internationally important species, habitats and protected areas for nature in Ireland,” Duggan stressed. “Bird species like Hen Harrier and Curlew are seriously threatened. Ninety-two per cent of our internationally important habitats like Blanket Bog in our mountains, and flower-rich grasslands are under serious threat from the impacts of burning and intensive agriculture.”

Yet conservation is hardly a lost cause in Ireland. “With community engagement and political will, we could ensure that we have thriving nature in Ireland,” the conservationist said. “The success story that is the Rockabill Roseate Tern colony which has seen numbers of Roseates dramatically increase over 20 years through dedicated conservation work by BirdWatch Ireland could be replicated if the will was there.”

The post Ireland needs to do more to protect wild birds appeared first on Sustainability Times.