There is still time to save North America’s vanishing birds 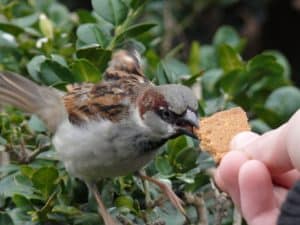 Three billion. That’s how many birds the United States and Canada have lost in the past half century, according to a new study, The Decline of the North American avifauna, published in the journal Science.

“Multiple, independent lines of evidence show a massive reduction in the abundance of birds,” explained Ken Rosenberg, the study’s lead author who works at the Cornell Lab of Ornithology and American Bird Conservancy. “We expected to see continuing declines of threatened species. But for the first time, the results also showed pervasive losses among common birds across all habitats, including backyard birds.”

Since 1970, the populations of birds in North America have declined by a staggering 29%, totaling nearly 3 billion birds. A wide variety of species have been impacted, from songbirds like meadowlarks to long-distance migrants like swallows to common birds like sparrows. Some 90% of the birds lost belong to a dozen bird families that include common species that play key roles in food chains and ecosystems, including seed dispersal and pest control.

Species that prefer grasslands, including sparrows and meadowlarks, have fallen on especially hard times, the scientists say. More than 720 million birds from 31 species that inhabit farmlands, meadows, pastures and fields have vanished over the past five decades. “Grassland birds are especially hard hit, with a 53 percent reduction in population” since 1970, the study’s authors note.

“Shorebirds, most of which frequent sensitive coastal habitats, were already at dangerously low numbers and have lost more than one-third of their population,” they add. “The volume of spring migration, measured by radar in the night skies, has dropped by 14 percent in just the past decade.”

A primary reason for a drastic drop in North America’s bird populations has been more intensive agricultural practices, including the use of pesticides.

“The intensification of agriculture is happening all over the world, [as is] increased use of pesticides, as well as the continued conversion of the remaining grass and pastureland — and even native prairie,” Rosenberg told Scientific American.

Birds aren’t the only animals that have been badly affected by these practices. Other studies have documented dramatic declines in the numbers of insects, amphibians and other animals as well in North America and elsewhere.

“It’s imperative to address immediate and ongoing threats, both because the domino effects can lead to the decay of ecosystems that humans depend on for our own health and livelihoods — and because people all over the world cherish birds in their own right,” stressed the study’s coauthor Peter Marra, a former head of the Smithsonian Migratory Bird Center who is now director of the Georgetown Environment Initiative at Georgetown University.

“Can you imagine a world without birdsong?” Marra added poignantly.

Yet it isn’t too late to avoid that fate, insisted Michael Parr, president of the American Bird Conservancy who was another author of the study. “The story is not over,” Parr said. “There are so many ways to help save birds,” he elucidated. “Some require policy decisions such as strengthening the Migratory Bird Treaty Act. We can also work to ban harmful pesticides and properly fund effective bird conservation programs.”

Individuals can also help. “Each of us can make a difference with everyday actions that together can save the lives of millions of birds — actions like making windows safer for birds, keeping cats indoors, and protecting habitats,” the scientist added.

The post There is still time to save North America’s vanishing birds appeared first on Sustainability Times.