The end of coal in Europe? Not just yet 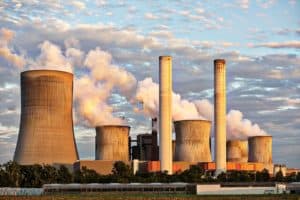 Once, not that long ago, the coal industry was a dominant force across Europe. It was coal that fired the Industrial Revolution that helped turn the continent into a global economic power, and until recently coal mines and plants employed millions of people across the continent from Wales to Germany.

Yet Mighty Coal is mighty no more. With the European Union seeking to clean up its energy act (both literally and figuratively), the coal industry has been falling on hard times. Several nations, from France to Finland, have pledged to ban the use of coal in domestic energy generation within the coming decade.

As these nations transition to cleaner and greener energy sources (mostly wind, nuclear and solar power), the days of coal are numbered. Three decades ago 14 of the EU’s current members mined hard coal, yet by last year only five continued to do so: Poland, the Czech Republic, Germany, the United Kingdom and Spain.

Needless to say, the coal industry, or what’s left of it in Europe, isn’t going quietly into the night without a fight. “It is true that coal has suffered a setback in its public image, but they’re hanging on not just by the skin of their teeth but also with a lot of lobby influence, and still try to undercut policy on the energy transformation,” German MEP Reinhard Bütikofer, co-chair of the European Greens, has been quoted as saying.

Nor is the end of coal within sight in all the member states of the European Union. Several Eastern European nations like Poland and Bulgaria continue to rely heavily on coal in their energy mix, which has wreaked havoc with local environments and added greatly to Europe’s CO2 emissions.

Last year Poland produced 63.4 million tons of hard coal, or 86 % of the EU’s overall output. The country’s energy industry continues to rely heavily on the burning of coal, which still accounts for nearly 80% of domestic energy generation.

As a result of its reliance on coal, Poland boasts the dubious distinction of having 33 of the EU’s 50 dirtiest cities, where air pollution remains at constantly unhealthy levels. “Not even mountain retreats are immune” from the environmental ravages of coal-powered plants. “Some 19 million people rely on coal for heat in winter,” explains The New York Times. “In all of the European Union, 80 percent of private homes using coal are in Poland.”

The Central European nation also has the dubious distinction of being the largest carbon emitter within the EU and operates the continent’s largest coal-fired utility plant, which is situated right by a large active coal mine.

In other words, coal is on the retreat across much of Europe but it still retains its strongholds.

The post The end of coal in Europe? Not just yet appeared first on Sustainability Times.