Though expert at camouflage, invasive pythons have met their match 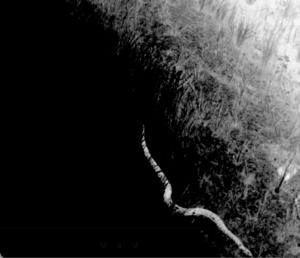 Burmese pythons, as their name suggests, are native to Southeast Asia. Until not that long ago they were absent from the wild in the Florida Everglades. But then, they were introduced into the area, probably by pet owners who no longer could or wanted to look after their animals.

For years now the slithering serpents have been having a horrible impact in the area as an invasive species. Burmese pythons, which are among the largest snakes in the world, are destroying the local ecosystem. The constrictors feed on a variety of animals, especially mammals. According to estimates up to 90% of mammals in the Everglades have vanished, causing the entire ecosystem to be off balance.

And the snakes aren’t slowing down. Unless they are stopped, they will likely migrate ever farther afield, causing yet further ecological havoc.

A team of researchers at a company called imec USA, together with PhD students from the University of Central Florida and the University of Florida, are seeking to stop that from happening. The pythons are expert at camouflage and are hard to spot in thick forests, especially at night. Undaunted, the scientists have developed state-of-the-art technology that can locate the pythons in the wild.

The snakes are cold blooded and so they can’t be detected with thermal imaging methods. However, the snakes have very low reflection compared to the inanimate objects that surround them so they stand out in stark contrast when viewed through a near infrared lens.

Imec uses a mounted camera with a central wavelength of 850nm and a bandwidth of 50nm to spot the snakes at night.

“The system has been very effective in locating pythons in the controlled tests that we have conducted in the field. We were able to locate pythons in cases where the human eye had difficulty seeing the camouflages python,” Orges Furxhi, R&D manager of camera systems and computational imaging at imec USA, told Sustainability Times.

“This technology provides another set of very selective ‘eyes’ to aid with the detection of pythons,” Furxhi says.

When the system is deployed on a drone, it could allow human hunters to keep an eye on pythons from the sky. This could greatly aid them in their search-and-destroy operations. “It is our understanding that currently hunters search around the service roads,” Furxhi explains.

“A drone-mounted camera will increase their search area so this is a very useful system,” the scientist adds. “The system uses near-infrared cameras and illumination that are affordable and can be packaged in a reasonable form factor.” Recently, the team of researchers joined a python hunter to test their camera system.

The post Though expert at camouflage, invasive pythons have met their match appeared first on Sustainability Times.