Fly ash waste can now be reused to make concrete 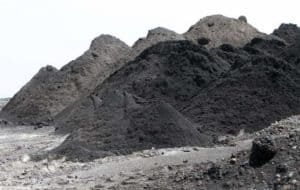 Coal fly ash is an industrial byproduct that results from the burning of coal dust for electricity generation in coal-fired boilers at plants. It’s a fine-grained, powdery particulate material, and in recent years it has been the subject of scientific research aimed at finding innovative scientific solutions to the problem of industrial waste, especially in countries like China and India that continue to depend heavily on coal in energy generation.

Fly ash is regularly used for making bricks. Recently two researchers at Washington State University in the United States have managed to reuse coal fly ash to create a sustainable alternative to traditional concrete. Xianming Shi, an associate professor at the university’s Department of Civil and Environmental Engineering, and Gang Xu, a graduate student, developed a durable form of concrete that uses fly ash as a binder without the need for environmentally costly cement.

The researchers have designed their fly-ash concrete to be pervious so that water can pass through it, which will help replenish groundwater sources with rain and reduce the risk of flooding at the same time.

Shi and Xu have used graphene oxide, a recently discovered nanomaterial, “to manipulate the reaction of fly ash with water and turn the activated fly ash into a strong cement-like material,” their university explains.

“The graphene oxide rearranges atoms and molecules in a solution of fly ash and chemical activators like sodium silicate and calcium oxide. The process creates a calcium-aluminate-silicate-hydrate molecule chain with strongly bonded atoms that form an inorganic polymer network more durable than (hydrated) cement.”

With their invention the two researchers have succeeded in helping solve two major environmental problems at once. Their solution can make good use of waste from coal production while simultaneously reducing the environmental impact of concrete production.

Traditionally, concrete is produced by combining cement with sand and gravel during a process that worldwide contributes up to 8% of global greenhouse gas emissions. Cement requires high temperatures and a large amount of energy to produce. “Our production method does not require heating or the use of any cement,” Xu said.

Meanwhile, fly ash is routinely wasted with more than half of the material produced ending up in landfills, from where it can easily leach into the natural environment as a pollutant. As a result, a method to reuse much of it on an industrial scale can go a long way towards helping solve waste problems at coal-fired plants. “After further testing, we would like to build some structures with this concrete to serve as a proof of concept,” Xu said.