Japan shows how we can drastically cut CO2 emissions 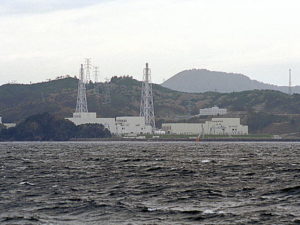 Following the Fukushima nuclear accident, which was triggered by a massive earthquake and subsequent tsunami in 2011, Japan has been widely held up as a cautionary tale for the dangers of nuclear energy. Yet after having stayed idle for years over safety concerns, the No. 2 unit of the Onagawa plant, which is operated by Tohoku Electric Power Co in Miyagi Prefecture, in November received the green light to begin operating again.

The plant, which was damaged in the magnitude 9 earthquake, will be equipped with anti-disaster measures next year before it restarts its operations, including a new seawall along the Pacific coast. At 29 meters high and 800 meters long, the seawall, to be constructed by next April, will be able to guard against a 23m-high tsunami.

Locals living in the plant’s vicinity are divided on the merits of restarting the nuclear reactor, but many are in support of nuclear energy. “It is OK to restart if it’s safe,” Shoichi Chubachi, an octogenarian who lives in public housing for people who lost their homes in the Fukushima disaster, told a Japanese newspaper. “The town has reaped benefits from the nuclear plant. I cannot say I’m opposed.”

The Japanese nuclear regulator’s approval for the relaunch of the reactor coincided with news that Japan’s CO2 emissions fell by 3.6% to a record low in the 12 months between March last year and March this year. The lowering of Japan’s carbon emissions has been due to a higher share of renewables as well as to a gradual return to nuclear power.

“It is the fifth straight annual decline and comes against a surge in global greenhouse emissions to a record last year,” the Reuters news agency notes. “Emissions in financial year 2018/19 dropped to 1.244 billion metric tonnes of CO2 equivalent from 1.291 billion the previous year, to hit their lowest since financial year 1990/91, when Japan began compiling data on greenhouse gas emissions, preliminary data from the environment ministry shows.”

Japan’s government sees a long-term future for nuclear power plants and has implemented an energy policy that envisions nuclear to provide 20% to 22% of the nation’s energy mix by 2030. By the same date renewables are forecasted to provide 44% of power. Simultaneously, coal plants, which in fiscal 2017 accounted for 30.4% of the power supply, will be shut down. They will be replaced as a baseload power source by nuclear energy, an abundant, noncarbon source. Japan’s government will continue to rely on existing nuclear power plants rather than build new ones, at least for the time being.

“Nuclear energy is the only power source that can fill the gap created by the reduced share of coal,” explains Takamitsu Sawa, a distinguished professor at Shiga University. “But the [national] energy plan makes no mention of building new nuclear plants [so] the only choice left will be either expediting the construction of two nuclear plants currently under construction or to restart idled reactors.”

According to Japan’s Ministry of Economy, Trade and Industry, in 2017 nuclear power provided a mere 3.1% of Japan’s electricity. By last year that share rose to 4.7%. The growth is especially significant considering that between September 2013 and August 2015, all of Japan’s nuclear power plants were shut down in the aftermath of the Fukushima disaster.

Japan is opting for a renewable-nuclear mix as a result of both certain natural advantages and naturally constraining factors. The country has the third largest potential for geothermal energy, hydro and biomass, but its geography is making the construction of large-scale networks difficult.

At the same time, Japan is naturally low on fossil fuels and had to increase its imports after shutting down all nuclear after 2011. “Japan is 88.9% dependent on fossil fuels,” Nippon.com notes. “Comprehensive energy statistics from the Agency for Natural Resources and Energy show that the composition of primary energy supply in Japan in 2016 was 25.4% coal, 39.7% oil, and 23.8% liquefied natural gas.”

For Japan, returning to nuclear is an optimal choice for reasons of climate mitigation, strategic decisions and national security concerns, according to Akihito Uetake, who is senior managing director of the Japan Atomic Industrial Forum. “In 2010, before the earthquake, nuclear energy accounted for a quarter of energy needs,” Uetake says. “In 2017, it was 3.1%. That gap has been mainly covered by imported fossil fuels. This has meant greater dependence on foreign countries.”

Such dependence has hardly been in Japan’s best interests, Uetake says. “Not only is this a problem in terms of greenhouse gases but it is an increasing concern of national security,” he elucidates. “Since the oil crisis in 1973, Japan has been slowly building its nuclear power capacities, which stood at about 30% prior to the accident. Now with continued delays in restarting nuclear plants, this ratio is nearly off the scale.”

The expert argues that the government’s decision to reembrace nuclear power is the way forward for the East Asian nation by increasing the share of nuclear to between 20% and 32% by 2030. “As a result of this decision, Japan’s CO2 emissions rates have improved and its international commitment under the Paris agreement will be achieved, which is 26% by 2030,” Uetake says. “Japan’s long-term target is 80% by 2050.”

The East Asian country is taking a potentially pioneering step by advancing both nuclear and renewables sources, rather than prioritizing one at the expense of the other. If this approach continues to be successful, it could be an important lesson for policymakers the world over.

The post Japan shows how we can drastically cut CO2 emissions appeared first on Sustainability Times.