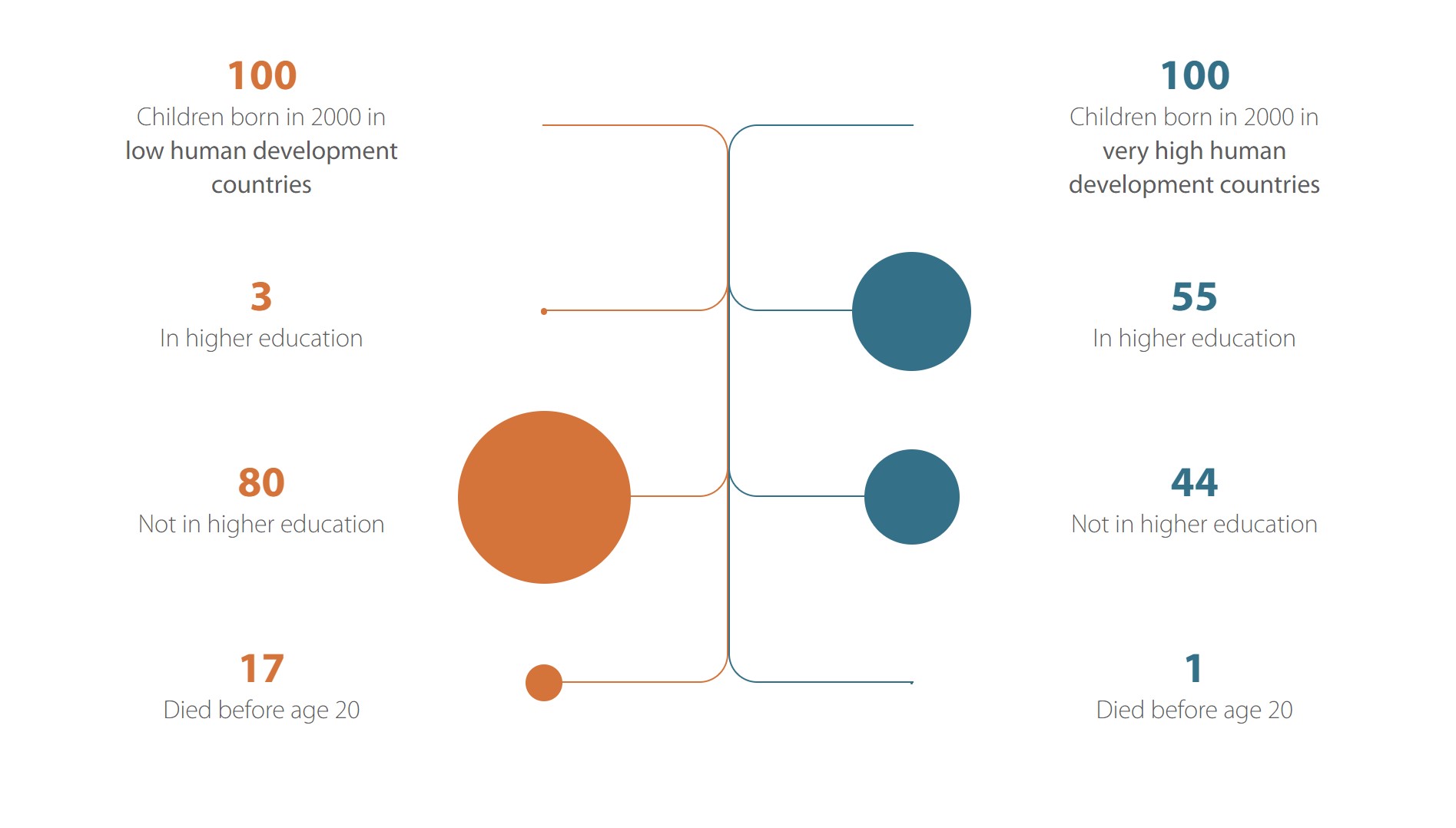 Human development remains increasingly fraught terrain, yet greater equality worldwide is essential for a safe, peaceful and sustainable future on our planet, according to a new report by the United Nations Development Programme.

The UNDP’s newly published Human Development Report 2019 looks deeply into one of the most complex global topics – inequality. It starts with a grim note on the state of global society.

“In every country, many people have little prospects for a better future,” the authors of the report observe. “Lacking hope, purpose or dignity, they watch from society’s sidelines as they see others pull ahead to ever greater prosperity,” they argue. “Many have escaped extreme poverty worldwide, but even more, have neither the opportunities nor the resources to control their lives. Far too often gender, ethnicity or parents’ wealth still determines a person’s place in society”.

Only 1% of children born in 2000 in countries with very high human development would have died by 2020, compared to 17% of those born in countries with low human development. And this regards every milestone of a person’s life, with many beyond individual control: from preschool and getting higher education to being competitive in the rapidly changing global workplace.

These inequalities add up throughout life, leading to completely different individual paths. For example, only less than half of all adults in countries with low development receive primary education, compared to 94% in ones with high development. And as regards life expectancy, a drastic 19-years gap remains between very high and low development countries.

While inequality is on the rise, the report notes significant progress in meeting people’s basic needs. According to Michelle Bachelet Jeria, the UN High Commissioner for Human Rights, “access to health, education, new technologies, green areas and spaces free of pollution are increasingly an indicator of the way in which opportunities and well-being are distributed among groups of people and even between countries.”

However, this progress is negligible compared to progress in meeting above-average needs for people that are already well-off. Thus, the authors particularly emphasize the importance of preventing emerging inequalities regarding vulnerability to climate change and access to advanced technologies. Just as crucial is empowering girls and women to reduce gender inequality.

The report also provides examples of policies that can help address systemic inequalities. One example is moving from basic to enhanced universalism, which would include better access to comprehensive social services, special policies for excluded groups and universal access to life-long learning.

The report concludes with an urgent call for a more equal world that can be achieved through a revolution in metrics and data transparency, resolving deep power imbalances and rethinking social and political norms “beyond income, beyond averages and beyond today”.