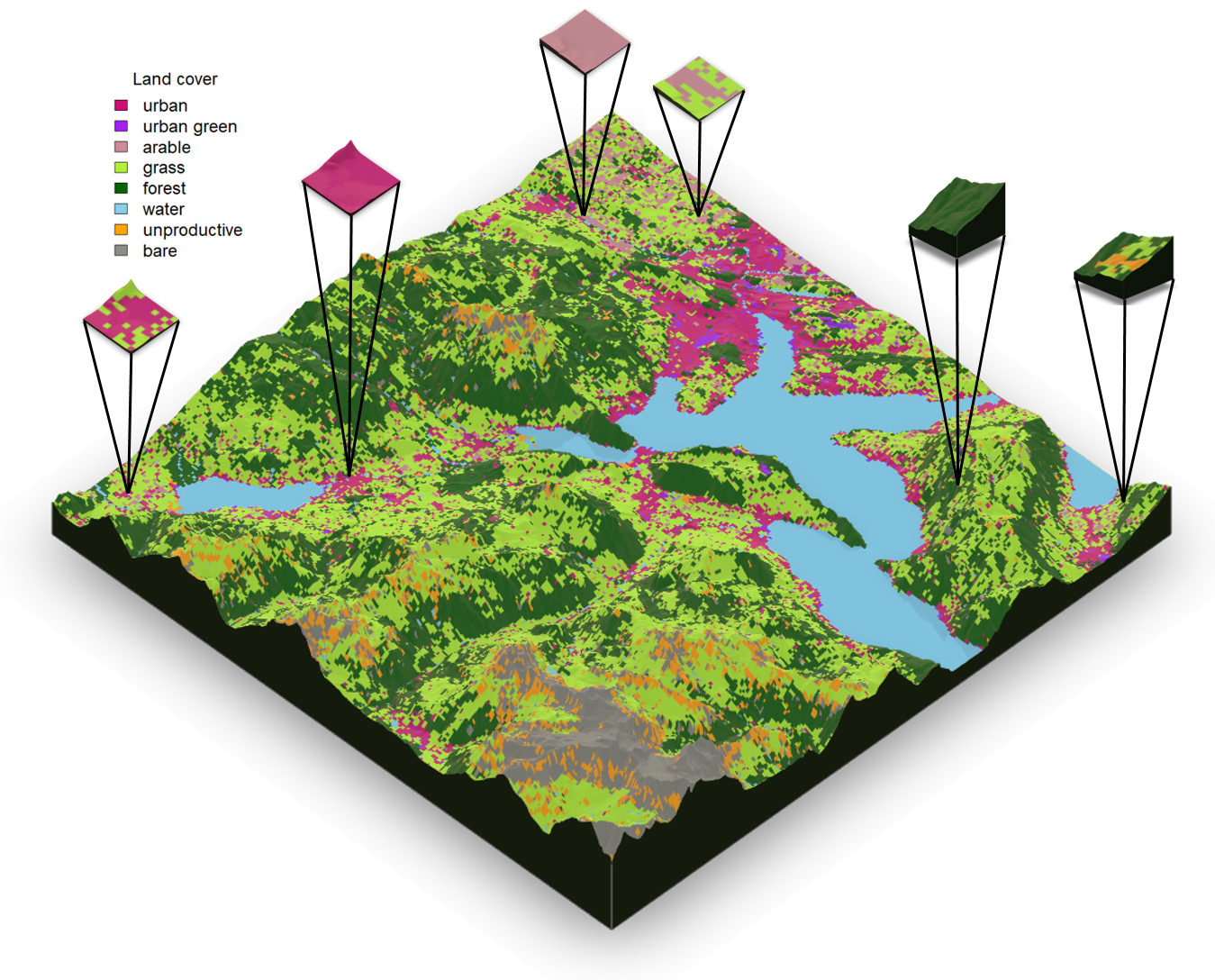 Scientists who plotted landscapes across all the regions of Switzerland say they’ve learned that the well-known principles of biodiversity benefits, often studied at smaller scales within ecosystems, apply on a broad scale as those systems interact too.

Dr. Pascal Niklaus of the Department of Evolutionary Biology and Environmental Studies at the University of Zurich led the study, which put 4,974 landscape plots from all regions of the country under the microscope – or, in this case, under the satellites. The research team drew its findings from 17 years’ worth of image data that captured the mix of grassland and forest, lakes and rivers, mountains and Swiss cities, and the vegetation they supported.

“We found that landscapes consisting of a mosaic of different land uses were more productive than the average landscape with uniform use,” said Niklaus. The positive effect of land-use diversity and productivity held true across different regions, altitudes and climate conditions, irrespective of plant species diversity itself.

The results were published last week in the journal Nature Communications.

Many studies support a transition away from monoculture to more biodiverse systems by focusing on the levels of species variation within a targeted space, but the University of Zurich team pushed their research to the next level. The advantages of different land-use patterns as they interact is similar to how companion plants, birds or animals might work in a single space, except that it’s writ large: Cities and rivers and alpine meadows are working together for good.

“In such large landscapes, novel mechanisms must be at play that do not operate in the small study plots traditionally examined in biodiversity experiments,” explains lead study author Dr. Jacqueline Oehri, who is now completing postdoctoral work at the university.

“Real-world landscapes are much more complex, and in addition to natural areas, also contain human-dominated elements such as arable land and urban areas,” Niklaus added.

The Zurich team says more research is needed to understand what’s happening but they have a few theories. Towns and cities, for example, may work with bodies of water to affect climate conditions in their environs, and it’s the as-yet invisible synergy that boosts the productivity of nearby plant life.

Urban areas often show higher air temperatures, increased cloud formation and increased precipitation, the paper notes. Although the cities are not a primary source of forest growth or agriculture themselves, these features as part of the “landscape mosaic” can affect productivity in a variety of ways. That may have implications for land-use planning and development policies, or for targeted conservation efforts.

While the approach may be similar to those in smaller spaces designed to harness the power that biodiversity delivers, it’s not the same at this scale, the authors note – especially where the human footprint of roads, factories and suburban sprawl may be concerned.

“The fact that mixed landscapes function better should not be understood to mean that natural areas should be fragmented by expanding urban settlements,” Niklaus warns.