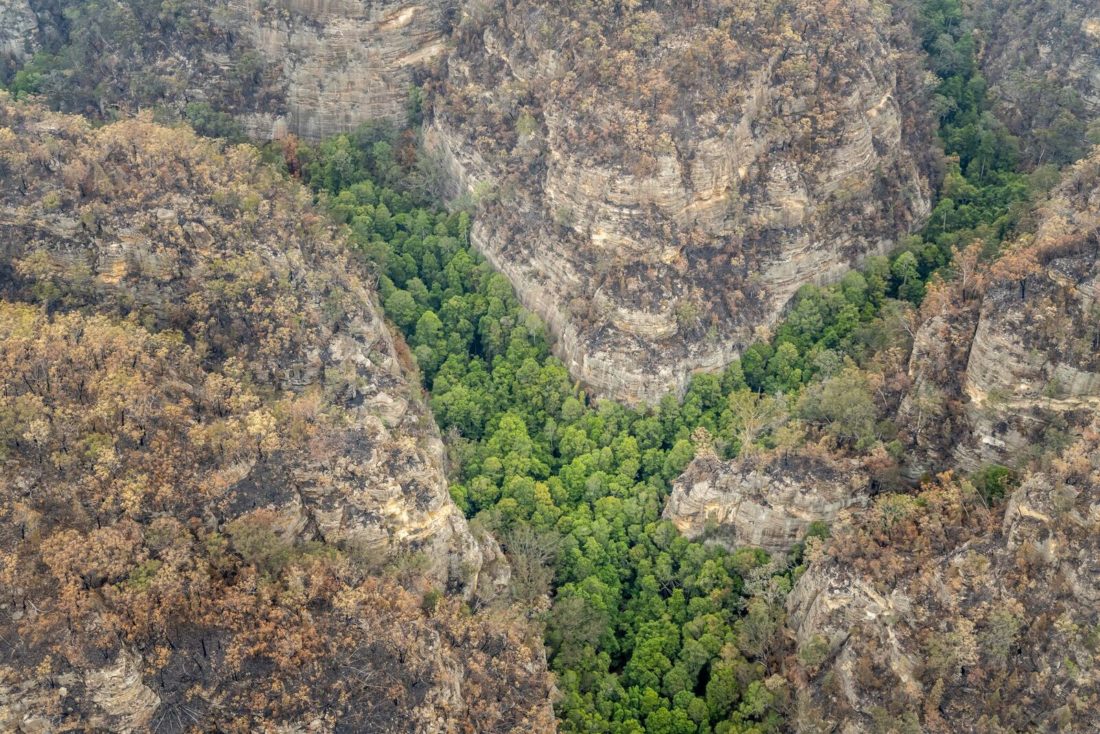 It took a team of elite firefighters on a secret mission to rescue the priceless Wollemi Pines from Australia’s relentless bushfires, but there’s good news from the Ministry of Environment: it worked.

“Wollemi National Park is the only place in the world where these trees are found in the wild and, with less than 200 left, a military-style operation was put in place to save them from one of the largest bushfires ever seen in New South Wales,” the ministry said in a statement.

The trees were worth the effort because Wollemi Pines date to the time of the dinosaurs, and their footprint existed only in the fossil record of similar plants until the pocket of trees, thought to be long extinct, was discovered by bushwalker David Noble in 1994. Although propagation of the Wollemi made them commercially available in recent years, the trees are fiercely protected in Australia – in a secret, undisclosed location that is never open to the public, in order to protect them from tourism-related damage and disease.

So when the monster Gospers Fire was bearing down on the Wollemi Pines site, every effort was made to save them from destruction. The mission was made even more challenging by the terrain because the trees grow in a deep ravine surrounded by steep, rocky cliffs, at altitudes of between 670 and 780 meters.

In order to protect them from the blaze, specialist National Parks and Wildlife Service firefighters were flown in by helicopter and dropped into the site by winchline. They then set up an irrigation system in the gorge to keep the soil and trees moist, and were similarly transported in when it was necessary to activate the system. Large air tankers assisted with loads of fire retardant strategically placed to create a barrier around the trees.

“As the fires approached, helicopters water bucketed the fire edge to reduce its impact on the groves of trees,” the ministry said. “The operation was a success – while some trees have been charred, a detailed scientific assessment has confirmed the species is set to survive the bushfire season.”

The Australian wildfires have destroyed at least 80 percent of the world heritage area in the Blue Mountains, according to a report Friday from The Guardian. The fires also burned through more than 50 percent of the Gondwana world heritage rainforests, both listed by UNESCO for their biodiversity and evolutionary history, in places that Australia’s seasonal bushfires never touch. In total, nearly one million hectares have burned there.

It is home to the Wollami Pines, which date to the Jurassic Period in the fossil record and represent what botanists say is the most ancient and genetically primitive of the world’s Araucarians, a type of conifer. They grow to be about 40 meters high and one meter around, and have both male and female reproductive characteristics. Every plant growing in the wild has the exact same DNA, according to Australian experts.

They also routinely survive temperatures up to 45°C. It’s hoped that the surviving trees will remain healthy, although a few were damaged by the flames. Matt Kean, the Australian environment minister, said this is the first opportunity to see how the mature trees will respond to the fire and its aftermath.

“It will help us refine the way we manage fire in these sites long-term,” Kean said.