Bumblebees are feeling the heat of climate change 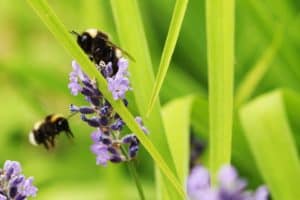 Bees have fallen on hard times across much of the planet in recent years, which has raised concerns among farmers and environmentalists alike. Yet it isn’t just bees that are fast disappearing. Their cousins the bumblebees are feeling the heat too, and literally so.

Climate change is decimating bumblebees across much of the world, Canadian scientists have warned.

Using long-term data for 66 bumblebee species across North America and Europe based on some 550,000 records, a team of researchers from the University of Ottawa have found that the population of bumblebees in Europe fell by 17% between two periods examined: from 1901 to 1974 and from 2000 to 2014. In North America, the figure was even more dramatic at 46%.

Warming temperatures are primarily to blame for the decline in bumblebee numbers. Yet changes in land uses and widespread pesticide use have also been contributing factors on both continents.

The decade between 2010 and 2019 was the hottest decade on record, according to the World Meteorological Organization. Bumblebees thrive in cooler, moderately wet climates with changing seasons. Increasingly warmer temperatures have limited their ability to colonize new areas, the scientists say.

Bumblebees are larger than bees and do not make honey. Yet they serve an important role as pollinators both for wild plants and cultivated crops such as fruits, berries, tomatoes, squash and cucumbers.

“Bumblebees are among the best pollinators we have in the wildlife system,” observes Peter Soroye, a researcher at the University of Ottawa who was an author of the study on the disappearance of bumblebees, published in the journal Science.

“[They’re] out for really long periods of the year in a lot of different weather conditions and they visit a really broad range of flowers. They’re really a critical piece of these natural landscapes that we like to enjoy,” he adds.

Nor is it only bees and bumblebees that are disappearing at alarming rates. A myriad of bugs and insects have been losing out in a world fast being remade by human hands and actions. The population of invertebrates has plummeted by an estimated 45% in just 35 years or so. Anthropode numbers have plunged in what has been called an insect apocalypse.

The disappearance of insects from the wild has alarmed ecologists because insects are invaluable parts of ecosystems, serving as pollinators for plants and food for other animals. The natural world will be a much diminished place without them.

“The things [we] grew up with as kids are fading away very fast,” laments Jeremy Kerr, a professor of biology at the University of Ottawa. “It’s not just that we’re looking at what our kids will experience,” Kerr adds. “It’s that we are looking back not even a full generation, just to when we were kids, and saying, ‘Could we take our children to places we loved and find what we found?’ What our study says is that that answer is no across entire continents.”

The post Bumblebees are feeling the heat of climate change appeared first on Sustainability Times.