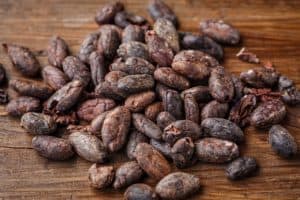 Chocolate is a fine treat and rare is the person who doesn’t love consuming some chocolate at least once in a while. Yet the industry that produces it has been causing grave harm to the environment, not least through large-scale deforestation in the tropical belt.

Large areas of forest have been cleared to make way for cacao plantations and demand for chocolate as well as other cacao-derived products is still on the rise. The global market in cacao beans was estimated at around $10 billion in 2018 and is expected to grow in coming years. The global market in chocolate, meanwhile. is predicted to reach $140 billion by 2024.

It turns out, though, that farmers may have been growing cocoa beans all wrong. According to a new study, growing cacao beans under the canopies of various trees left intact at plantations not only boosts yields. It can also increase trees’ capacity for carbon storage and sequestration, which can help us in our fight against climate change.

Chocolate is made from cacao, which is produced by a tropical tree that grows in areas where temperatures range from 20°C to 35°C. Cacao trees produce large pods with beans inside them, The beans are collected, fermented, roasted and ground before being sent to further processing to make chocolate.

Many farmers prefer to grow beans in direct sunshine to increase their yields. These farmers clear other trees and their canopies so they won’t compete with their cacao trees for nutrients and sunlight. This traditional practice requires a lot of chemical fertilizers and pesticides, which degrades the quality of the soil over time.

In places like Brazil’s Amazon, however, many cacao trees are grown under the canopies of various trees, which helps protect cacao plants from being exposed to too much sun. The practice can also improve environmental conditions in these areas and improve the organic-matter content of the soil.

Even though sun-growing cacao may produce higher yields in the short term, the researchers behind the study have found that cacao plants grown in the shade of trees produce the same yields in the end.

“While a number of studies found a decrease, others reported no negative shade tree effect on yield,” the authors of the study report.

“Clearly, the shade trees’ species identity, the intensity of shading and the planting density of cacao are all influencing the result of agroforestry system comparisons,” they explain. “Nevertheless, our data seem to indicate that shading does not impede cacao productivity and yield in a significant way.”

The shade-grown practice of producing cacao comes with a clear benefit to the planet: trees retain a lot more capacity for carbon storage that can help mitigate global warming. If diverse trees with their canopies are allowed to thrive in cacao-growing areas, a larger biomass remains in place to store carbon both aboveground and belowground.

Shade-growing is hardly a radically new practice. It is already an established practice with coffee plants, which do not like to be exposed to direct sunshine. That is especially true of more sensitive Arabica plants, which tend to thrive at higher altitudes in tropical areas.

“Even though carbon fixation of the whole system is much lower in diverse cacao agroforests than in primary forests, nevertheless it is greater than in perennial monocultures or annual crops,” the authors of the study write.

“The huge contribution of shade trees to biomass, carbon storage and annual carbon sequestration both above- and belowground stresses the importance of the role of shade trees in agroforestry ecosystems in our study,” they add.

The researchers suggest that cacao growers should receive support so they can transition to shade-grown farming. Increased carbon storage won’t be the only benefit. A cacao monoculture wherein other trees have been felled leads to the degrading of the soil. It also makes cacao trees more susceptible to droughts and diseases.