Will Beijing’s new ban on the illegal wildlife trade succeed? 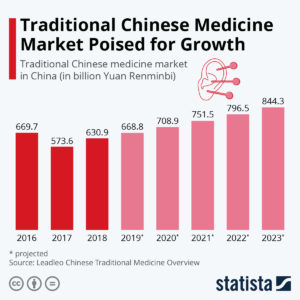 It has taken a deadly viral outbreak and the prospect of a global pandemic, but China has finally done it. Banning the country’s thriving wildlife trade, that is.

Beijing has issued a “comprehensive” ban on the trade and consumption of all wild animals in an effort to restrict the spread of the new coronavirus, dubbed COVID-19, and prevent the emergence of new diseases. The country’s communist government said it would set about “abolishing the bad habit of overconsumption of wildlife and effectively protecting the lives and health of the people.”

Experts believe that the new coronavirus, which has so far infected upwards of 80,000 people (most of them in China) and caused nearly 3,000 deaths, jumped from an animal host to people. Bats and pangolins have both been identified as a possible source.

It remains to be seen, however, how effective the new ban will proved to be. China has long been the single biggest hub of the illegal wildlife trade. A variety of wild and exotic animals, as well as their parts, have been highly prized by many locals. Much of it is down to age-old atavistic beliefs in the curative properties of exotic animal parts such as pangolin scales and rhino horns.

Many practitioners of traditional Chinese medicine have a vested interest in the wildlife trade because plenty of locals continue to credit the parts of exotic animals with curative powers and are willing to shell out large sums of money for potions, powders and ointments containing exotic animal parts.

Most of the illegal wildlife trade into China is conducted by international criminal syndicates whose reach stretches from South America to Africa to Southeast Asia, according to a United Nations agency. The illegal trade in exotic animals is worth tens of billions of dollars each year.

Chinese authorities have made half-hearted efforts over the years to clamp down on the large-scale trafficking of endangered species from across the planet, much of which is fueled by local demand. The country’s Wildlife Protection Law, which was first enacted in 1988 and later revised, lists around 1,800 rare and endangered animals whose killing, sale and consumption are all prohibited.

Yet the enforcement of the ban has long been wanting and may yet prove ultimately unsuccessful again, some experts have warned. “Trading in wild animals is a significant part of people’s livelihoods in China,” Nature observes, citing Xu Ling, the Beijing-based director of the China office for TRAFFIC, a wildlife-trade monitoring network.

“Practices, including eating wild meat, keeping wild animals as pets, and using wildlife products for clothing, should continue to be regulated rather than banned outright, says Xu,” the publication explains. “A total ban on trading wild animals would criminalize a substantial proportion of the Chinese population, and be untenable,” Nature adds. “And closing down animal markets would probably merely move the trade to the black market.”