Report’s global ranking on air pollution has a few surprises 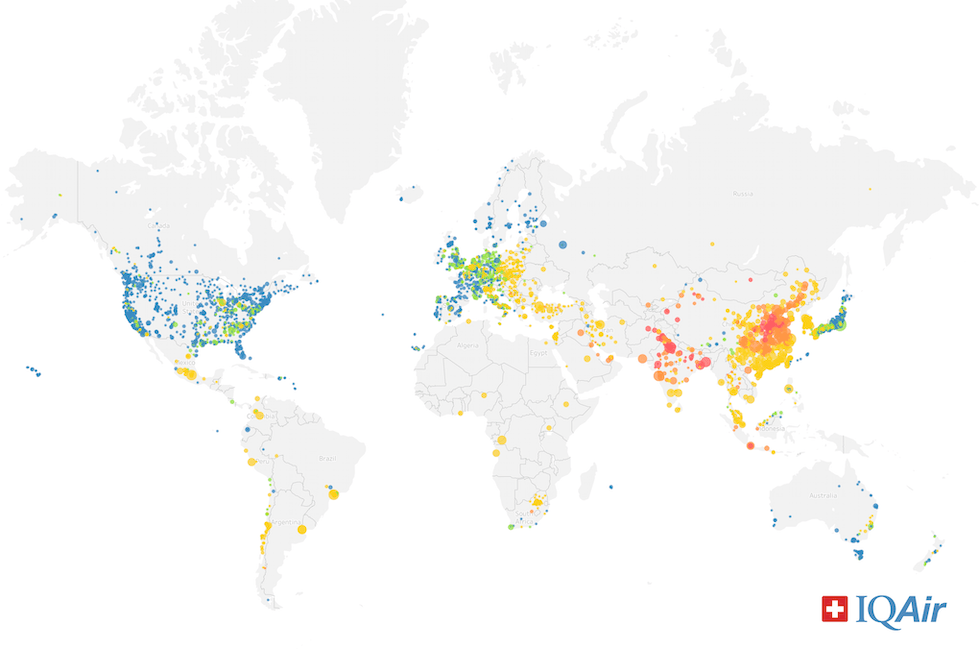 Ghaziabad is known as an Indian travel hub just to the northeast of New Delhi, but it has a new (and dubious) distinction as home of the world’s worst air, according to PM2.5 pollution rankings from air-quality tech firm IQAir.

The company based in Switzerland just released its 2019 World Air Quality Report, which measures PM2.5 exposure based on data collected across the planet. “The new dataset highlights elevated air pollution levels as a result of climate change events, such as sandstorms and wildfires, and pollution gains from the rapid urbanization of cities, in regions such as Southeast Asia,” the authors note.

“While some achievements have been made in air quality (AQ) monitoring infrastructure globally, there are still huge gaps in access to data around the world,” they added, noting that the African continent and its 1.3 billion people still have fewer than 100 AQ monitoring stations to provide real-time data.

On the other hand, this is the first time the report includes numbers from Angola, Democratic Republic of Congo, Egypt, Ghana and Nigeria – along with a few other nations – and that demonstrates progress in access to data.

There’s also some progress on AQ itself. Nearly all of India’s cities saw improvements, though they still exceed World Health Organization (WHO) standards by a wide margin. While the southwestern Xinjiang city of Hotan in China was the world’s second-most polluted city after Ghaziabad, China on the whole saw an average 9 percent drop in PM2.5 levels in 2019 that follows a 12 percent decrease in last year’s report.

More than 90 percent of the planet is still breathing unsafe air, with China, India, Pakistan and Bangladesh accounting for all of the 50 worst cities, except for two in Indonesia – both of them bordering Jakarta – and one in Mongolia. In Vietnam, Hanoi’s air quality is now worse than Beijing’s. Meanwhile, Europe’s worst air quality is in the Balkans, while North America’s is in Mexico.

Poor air quality varies from region to region, but many causes are climate-related beyond the industrial or transport-related emissions in crowded cities. Desertification and sandstorms play a significant role in the Middle East and western parts of China. It’s wildfires in Australia and Brazil, or  agricultural burning in Indonesia, that compromise air quality and the health of people exposed to it.

Data makes a difference, says IQAir CEO Frank Hammes. On the African continent, Kinshasa is the sixth-most polluted city – the first five are all in South Africa – and that’s visible for the first time. Accra, which also saw its debut in the annual report, comes in at No. 9 while Nigeria’s Kano is ranked No. 23.

“Areas that lack air quality information are often estimated to have some of the world’s most severe air pollution, putting huge populations at risk,” Hammes said. “More real-time air quality data leads citizens and governments to make better decisions that will improve the lives of millions for decades to come.”

Want to know where your own city or country ranked? Check the IQAir database linked here.