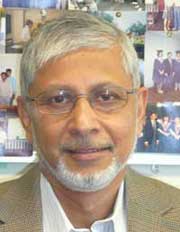 As the outbreak of the novel coronavirus COVID-19 threatens a global pandemic, major stock markets around the world have suffered their worst performance since the 2008 financial crush.

Growth disruption
The OECD has warned that the coronavirus outbreak could halve global economic growth this year to 1.5%, the slowest rate since 2009. It has cut its 2020 growth forecast for China to a 30-year low of 4.9%, down from 5.7% in November.

The IMF downgraded its growth forecast for China to 5.6% in 2020, its lowest since 1990. Economists, polled by Reuters during 7-13 February, expected China’s economic growth to slump to 4.5% in the first quarter of 2020, down from 6% in the previous quarter, the slowest since the financial crisis.

The World Trade Organization (WTO) head expects the coronavirus epidemic to greatly slow the global economy, as China accounts for 19.1% of global GDP using purchasing power parity (PPP), or 17% at current exchange rates, 13% of global trade, and 28% of global manufacturing output in 2018.

The impact is expected to be more severe for the 21 African countries the IMF sees as ‘resource-intensive’, where growth had already slowed to about 2.5%. Trade between Africa and China grew 2.2% in 2019 to US$208.7bn, compared with a 20% rise the year before.

Even Latin America counts China as its largest overall trade partner. The key downside risk is further deterioration of the commodity terms of trade. The most exposed economies are Chile, Peru and, to some extent, Brazil.

Asian developing countries linked to China through supply chains, raw material exports, investment and tourism are especially vulnerable, while other Asian giants, Japan and South Korea, have also been hit by the virus.

Global supply chain disruptions
The virtual shutdown of the ‘factory of the world’ has slowed the supply of products and parts from China, disrupting production the world over. Apple’s manufacturing partner in China, Foxconn, is experiencing production delays, while a Lombardy electronics factory was forced to close by the Italian authorities due to an outbreak.

Some carmakers, including Nissan and Hyundai, have temporarily closed factories outside China due to parts supply shortages. European manufacturing could suffer considerably due to its extensive links with China through supply chains. Already, four of the world’s biggest carmakers are expected to shut down European production.

Meanwhile, 94% of Fortune 1000 companies are facing supply chain disruptions due to the coronavirus. Even the pharmaceutical industry is expected to face disruption.

For the Harvard Business Review, “the worst is yet to come”, expecting the Covid-19 impact on global supply chains to peak in mid-March, “forcing thousands of companies to throttle down or temporarily shut assembly and manufacturing plants in the U.S. and Europe”.

The Wall Street Journal reports one of the worst routs in commodity prices in years due to the coronavirus outbreak as prices for some natural resources plunged to new lows.

With the outbreak spreading to more countries, the oil price has been dropping precipitously as global demand weakens further. US and Brent crude benchmark prices fell 16% and 14% respectively during the past week, to its lowest levels since July 2017.

Meanwhile, iron ore prices dropped to US$81.35 per tonne during the first week of February from around US$90 throughout January.

Perfect storm?
Years of spending cuts due to fiscal austerity policies have undermined public health provisioning, not only in developing countries, but also in developed economies.

Instead, monetary policies, including unconventional ones, with historically low interest rates and central bank balance sheets, are still being relied upon.

China’s central bank has already cut the country’s benchmark lending rate in February. The US Federal Reserve has recently further loosened monetary policy, with others quickly following or expected to follow. However, while rate cuts may temporarily boost financial market indicators, they are unlikely to be of much help.

Despite rejecting sustained fiscal efforts to revive economic growth in favour of austerity for a decade, debt levels continued to rise as revenue declined due to tax breaks. Scope for a ‘big boost’ fiscal package is also limited by public perceptions of the record global debt level—estimated at US$253tn, more than three times global GDP.

Although the economic consequences of the COVID-19 outbreak require a global response, multilateralism is in disarray. As if to underscore its growing irrelevance, the G20 missed an important opportunity to provide leadership at its 22-23 February finance ministers’ meeting in Riyadh, Saudi Arabia.