The Philippines is eyeing nuclear power as a green option 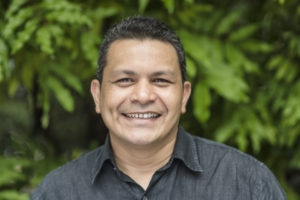 By 2022 the island nation of the Philippines plans to bring electricity to the homes of all its 105 million citizens. That ambitious plan, when coupled with its growing power needs in the face of economic growth, will necessitate forward-thinking policies.

A preferred way of meeting demand, some energy industry analysts say, will be to resurrect the country’s previously abandoned nuclear ambitions. And that is exactly what President Rodrigo Duterte wants to do, citing the advantages of nuclear power in ensuring energy security.

“The use of nuclear power will be an effective way to meet [growing] demand, given its high capacity factor as a baseload resource, and particularly as coal-fired power — which the Philippines has largely turned to — comes under increasing environmental oppositions,” the American market data form Fitch Solutions argues in an newly published analysis.

It would not be the first time that the Philippines, where power shortages and outages both remain common, have turned to nuclear energy. By the mid-1980s the country had completed the construction of its 620-megawatt Bataan Nuclear Power Plant at the cost of $2.3 billion. The plant never became operational, however, owing to safety fears in the wake of the Chernobyl disaster in Ukraine.

At present, most of the country’s energy needs are met by the burning of coal, which is cheap but also highly polluting as a source of energy. Coal accounts for more than half of all the power generated in the Philippines, followed by renewable energy sources at slightly over one-fifth of electricity and a similar share of natural gas.

The large-scale burning of coal has led to severe environmental harm, especially air pollution. It also stands in the way of the country’s pledge to reduce its greenhouse gas emissions by 70% within a decade. The Philippines continues to contribute to climate change even as it is on the frontlines of its impacts. Rises in sea level from the melting of polar ice sheets could soon inundate many of the country’s beaches and shorelines around its more than 7,600 islands.

By embracing nuclear energy, the Philippines could both lower its CO2 emissions and ensure a steady supply of abundant electricity, experts say. The country could rejuvenate the Bataan Nuclear Power Plant or construct new plants, or both. More than a dozen sites have been pinpointed as possible sites for new nuclear energy facilities.

“In recent years, there has been a resurgence in the government’s interests to utilize nuclear power although no political decision has been made to date,” says Nur Azha Putra Bin Abdul Azim, a research associate at the National University of Singapore where he works at the Energy Security Division of the Energy  Studies Institute.

“The government has been actively engaging national stakeholders by conducting public perception surveys and reaching out to local communities, but its immediate priority is to strengthen the regulatory framework and national nuclear law,” the expert tells Sustainability Times.

“It has invited review missions and engaged experts from the International Atomic Energy Agency,” he adds. “These review missions and consultations have received widespread news coverage and provide a good platform to improve the government’s visibility and increase public awareness, confidence and acceptance.”

The Philippines, and other nations in Southeast Asia, could especially benefit from small modular reactors (SMRs) as they are safer, more versatile and less expensive than traditional reactors.

“SMRs are perceived as a viable alternative due to several reasons such as costs, ease of deployment etc.,” Azha says. “Nuclear power in the form of SMRs can be deployed to provide electricity in areas that are not directly connected to the main or national electricity grid,” the expert adds. “It can also be used to provide baseload capacity for the more energy intensive industries and in some instances to power water desalination plants.”

Miniature reactors, which are seen as the future of nuclear technology, could be operated even at more remote locations around the Philippines to power hundreds of thousands of local homes. Whereas large nuclear plants can be prohibitively expensive for developing countries, SMRs are far more affordable and could be deployed in tandem with renewable energy sources like solar and wind. Still, “One obstacle is the economies of scale,” Azha cautions. “It only makes financial sense if the country decides to deploy a fleet of SMRs plants rather than just one or two units.”

The Philippines is far from being the only nation within ASEAN (the Association of Southeast Asian Nations) exploring its nuclear options. The International Energy Agency predicts that the region’s energy demand will balloon by some 60% within just two decades as a result of economic growth and changing lifestyles. Much of that demand should be met by nuclear rather than coal, many experts believe.

Although none of the regional grouping’s 11 member states currently possess nuclear capacity, several of them have expressed an interest in developing nuclear energy, including the region’s economic powerhouses such as Indonesia, Thailand and Vietnam. A regional framework on energy security, including a role for nuclear power, is taking shape.

“In ASEAN’s energy planning and projection, nuclear power remains an energy option although relatively smaller in percentage share compared to other energy sources including renewables,” Azha explains. “First and foremost, member states need to develop a robust national nuclear law in line with the international nuclear power governance regime, especially in the areas of safety and security. This should be complemented with good regulatory framework at the national and regional levels.”

Good governance is key in a region still beset by high levels of corruption and inadequate oversight, Azha stresses. “Regulatory competency among the national regulators is a must as a matter of good governance. The regulatory function should be separated from that of nuclear power promotion and exercised by separate and independent entities,” he says.

“Additionally, there much be a concerted effort to create and nurture local and regional communities in nuclear technology and policy, which can provide guidance and support to the states and local communities,” he adds.

The post The Philippines is eyeing nuclear power as a green option appeared first on Sustainability Times.