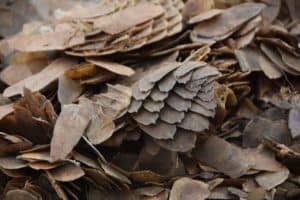 As the COVID-19 pandemic continues to take lives and ravage economies worldwide, people are holding out hope for effective cures for the disease. China, where the novel coronavirus likely originated late last year at a wet market where wild animals were on sale for food, has just approved one such cure to treat infected patients: bear bile.

The country’s National Health Commission now recommends the use of “Tan Re Qing,” a traditional medicinal formula that contains powdered bear bile, goat horn and some medicinal herbs. The move is in line with President Xi Jinping’s drive to promote traditional medicine, which he calls a “treasure of Chinese civilization,” alongside scientific treatments.

Ursodeoxycholic acid, which can be derived from bear bile, has been widely in use across China and countries like Vietnam to treat liver disease and dissolve gallstones. It has not been shown to be effective at treating COVID-19, however. Then again, much of traditional Chinese medicine isn’t science but rank superstition. It is also a scourge on exotic wildlife.

After the novel coronavirus outbreak, China banned the sale of exotic animals for food, yet the country’s continued trust in quack medicine fortified with the parts of exotic animals means that critically endangered animals like sun bears and moon bears will remain at grave risk.

According to a new report by the environmentalist group World Animal Protection, some 24,000 bears are kept in cages in China, Vietnam, Myanmar, Laos and South Korea so they can be farmed for their bile in traditional medicine. In China alone around 20,000 endangered bears are kept for this purpose — and this in a country that promotes itself as a valiant protector of panda bears.

“This should ring alarm bells in the wake of the COVID-19 contagion, as 60% of emerging infectious diseases are zoonotic, and of these 70% are thought to originate from wild animals,” the nonprofit warns.

There is also the matter of the great suffering all these thousands of hapless bears need to endure at bear farms where conditions are invariably appalling. “The bile is extracted from live, suffering unhealthy bears, and is one of the most extreme forms of animal abuse in the world,” World Animal Protection says.

“The bears are largely bred into captivity, trapped in small, barren cages in factory farm style conditions for the duration of their long, miserable lives. They suffer unthinkable traumas on a regular basis,” it adds. “Most commonly, their bile is drained from their gallbladder using a metal tube through a surgically created opening in the bear’s abdomen.”

The irony of using wildlife products to combat a virus that has jumped to us from exotic animals in the first place has not been lost on conservationists.

“We shouldn’t be relying on wildlife products like bear bile as the solution to combat a deadly virus that appears to have originated from wildlife,” stresses Brian Daly, a member of the Animals Asia Foundation.

“Promotion of bear bile has the propensity to increase the amount used, affecting not only captive bears, but also those in the wild, potentially compromising an already endangered species in Asia and across the world,” he adds.

Nor is it only bears that continue to be feeling the brunt of unflagging demand for exotic animal parts in China and elsewhere. Pangolins, too, remain at risk of being poached into extinction just so that their scales can be used in traditional Chinese medicine. These scales, which are made up of keratin, have no real medicinal value whatsoever.

According to a new report by the Wildlife Justice Commission, a staggering 206 tons of pangolin scales were confiscated in 52 seizures between 2016 and 2019, from Africa to Asia. And that, it says, “is only a fraction of the total being trafficked as it is likely that a significant proportion of smuggling passes undetected.”

There have been suggestions that the deadly new coronavirus that causes COVID-19 may have originated in pangolins as it bears a close genetic similarity to a virus found in these placid anteaters.

Meanwhile, pangolins are facing the prospect of going extinct throughout their ranges in Africa and Asia. In just 10 years more than 1 million of the animals have been poached, most of them in Africa where criminal gangs often operate with impunity in the face of lax law enforcement.

Unless demand for their parts in traditional Chinese medicine lessens, pangolins and other critically endangered animals may well be doomed.