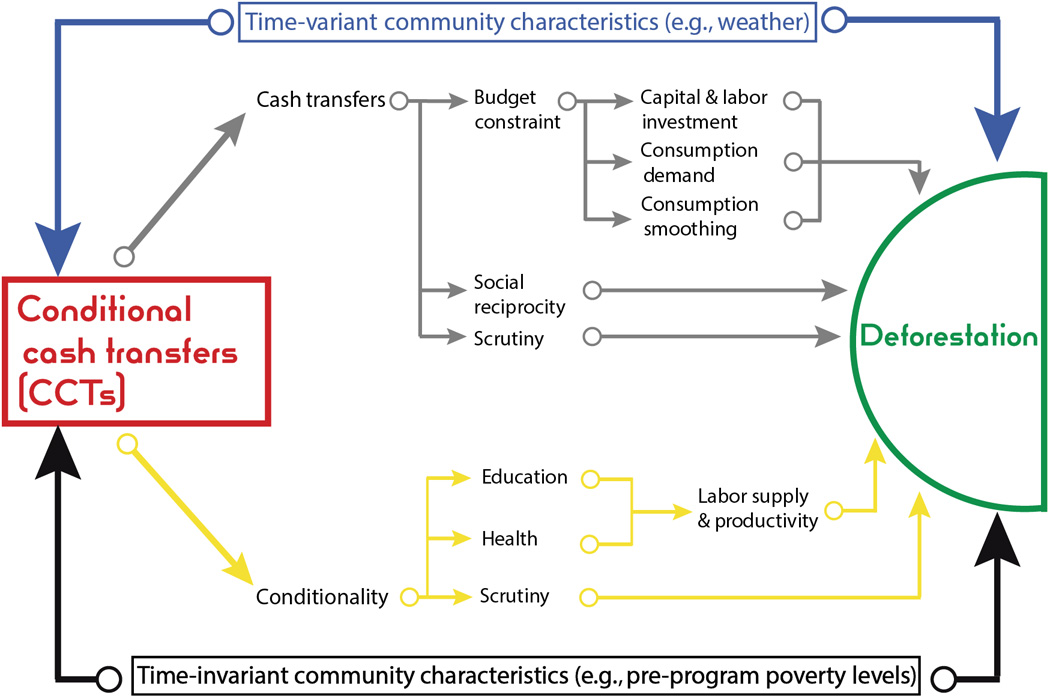 Cash payments meant to help poor rural Indonesian families also appear to deliver environmental benefits, according to researchers who found a 30 percent reduction in deforestation near villages that participated in the government’s Program Keluarga Harapan (PKH).

The program, which translates as the “Family Hopes Program,” began in rural villages in 2008. Poor families receive cash to supplement their incomes provided they meet conditions, like health and education goals. The cash amounts to between 15 and 20 percent of what a participating family needs, and typically lifts them above the poverty line in the years they receive their quarterly PKH payments.

Indonesia never linked PKH to environmental goals like biodiversity protection or deforestation prevention in any explicit policy decision. Yet the research from Paul Ferraro, a Johns Hopkins University professor of human behavior and public policy, finds there indeed is a causal link between the payments and the drop in deforestation around the participating villages – one that suggests the possibility of future programs specifically designed to protect ecosystems while reducing poverty.

Ferraro and co-author Rhita Simorangkir of the National University of Singapore evaluated the program using data from 7,468 rural forested villages that were part of PKH from 2008 and 2012. All told, they included 266,533 households that received the conditional cash transfers.

They combined data on annual forest cover loss with data on how the program was phased in across villages, using methods that ruled out other factors impacting the forests to demonstrate the clear link between the forests and PKH. Their work was published Friday in the journal Science Advances.

What they found was that the quarterly cash transfers provided enough of a safety net in rural villages to keep their residents from turning toward the adjacent forest resources in order to weather economic adversity.

“As in other nations, deforestation in Indonesia serves as an investment in insurance (or a coping strategy) against weather shocks: when the rice season rains are delayed, poor farmers anticipate lower yields and deforest more land to compensate for the higher probability of a negative consumption shock,” the authors wrote. “PKH is most effective at reducing deforestation in years when a village experiences negative rainfall shocks, a pattern consistent with transfers acting as a consumption smoothing mechanism.”

Simorangkir and Ferraro identified a second reason the cash protected nearby forests: consumers were able to turn to markets to buy the things they needed rather than relying on deforestation for goods. There also may be other factors at play, such as the role PKH plays in making migration possible for some family members, which leads to more cash infusions in the remittances sent back to the home village along with less pressure on the local labor market and economy.

Ultimately, they estimate that PKH funds delivered a deforestation benefit that’s in a comparable range to programs that are entirely environmental in focus and often criticized for failing to benefit the poor. What the authors hope is that their Indonesia research makes clear that it is possible to protect forests and people at the same time.

“Does reducing poverty have unavoidable environmental costs? In Indonesia, we find evidence that, under some conditions, the answer to this question is ‘No,’” concluded the authors. “Moreover, the mechanisms through which the program appears to have achieved its environmental impact are not unique to Indonesia.”