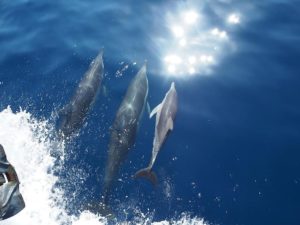 The year 2020 has the eerie feel of the first chapter in a dystopian novel, but the idea that something must be done about climate change isn’t new.

Almost 30 years ago, during the United Nations Conference on Environment and Development in Rio de Janeiro, a strong push to reduce consumption and move toward sustainability began.

Then in 2015, the Paris Climate Agreement clarified that how we produce and consume directly relates to sustainability and Climate Change. The science behind carbon emissions and climate change are clear: we cannot sustain our consumption and pollution without permanent repercussions.

But for most people, all the facts, figures, and political jargon sound like a conversation held underwater. As the political elite argued over accountability, responsibility, and regulation, most Americans have ignored the conversation.

If we have learned anything in 2020 in the face of the COVID-19 pandemic, as we watched the air and water clear in a matter of weeks, it’s that we are more powerful as individuals than we give ourselves credit for.

It’s time to stop waiting for directives and answer our own call to action. Individually and collectively, we can make a difference.

While the world gawked at the horror of Australia’s bushfires in late 2019 and early 2020, whispers about climate change erupted into household discussions, at least on America’s west coast, where wildfires threaten communities in greater swaths each year.

When COVID-19 stormed American soil in March, millions of Americans began to stay home. We lamented the sudden absence of toilet paper, watched Netflix like it was a full-time job, exhausted our to-be-read book stacks, and allowed take-out and groceries to land on our doorsteps.

As we looked out our rainy windows, mimicking 1990s MTV videos with our soulful gazes, we started to notice that our streets weren’t empty. Animals we thought of as wild strolled the streets in our absence. Our skies looked bluer. Waterways that used to gross us out appeared clear and inviting.

And in some coastal waters there were those…dolphins? (Spoiler: they were totally dolphins.)

Environmentalists and climate scientists started blowing up social media. They hooked us with pictures and then splashed us with powerful images of drastic change.

We were all staying home, making memes and communicating via Zoom while the Earth was healing itself. As we stopped travelling around, all of our emissions took a nosedive.

Not only were we making an impact by staying home during the global pandemic, and drastically reducing our carbon emissions, but as it turned out, we also increased our usage of renewable resources, according to the International Energy Agency. In 2020 we have learned that we can make a difference as individuals, collectively.

Change doesn’t have to be restricted to policy, we each have the power to make an impact. Collectively, we can change the world.

Harnessing lessons of the past

Unfortunately, these results won’t last without effort. After the 2009 recession in the US, emissions plummeted with the economic fall and then boomeranged with recovery, shooting up by 6% the following year. The thing about sustainability is that you have to sustain it.

I can’t recycle one single-use plastic bottle and then announce that I’ve solved our plastic crisis. No, I have to keep trying. Unfortunately, we can’t all stay home forever, living the pants-less American Dream, but we also don’t have to plunge back into consumption like starving dogs.

I’m not suggesting we live in fear of viruses and climate change, but we should live as responsible stewards to our Earth so that we can continue to hike in redwood forests, snorkel above coral reefs, and breathe deeply as we walk our city streets.

As lockdown restrictions lift, we need to continue to weigh our wants and needs. We’ve already become experts at this during this pandemic. We ought to shop mindfully, work from home when we can, take fewer trips to the store, plant a garden, carpool, break out our bicycles, and plan our vacations with consideration of our impacts.

I understand that not everyone can afford to make all of these changes, but we can all make some of them. We can affect climate change, with or without government policy. This doesn’t have to be the beginning of a dystopian novel. We get to write our own story.

I’m over dystopias. Instead, let’s write a utopia together.

The post We can heal the planet if we set our mind to it appeared first on Sustainability Times.