Nature’s fury or our hubris: Why was Cyclone Amphan so destructive? 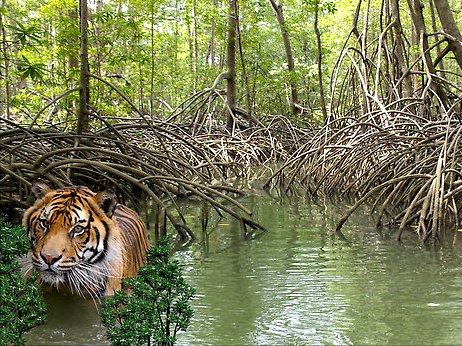 The Covid-19 pandemic has been a disaster for millions of us. Imagine, though, how bad things would be if in the midst of this pandemic we were also hit by one of the deadliest storms in recorded history with wind speeds up to 190km/h and a storm surge of more than 5 meters high.

You wouldn’t need to imagine that if you were a resident of eastern India on May 20 because this is precisely what happened when Cyclone Amphan came barreling down from the Bay of Bengal. It was among the deadliest cyclones in the region in a century, leaving nearly 90 people dead and more than 10 million homeless.

Amphan originated as a low-pressure area around 300km east of Colombo, Sri Lanka. Moving northeastward, the cyclone left its trail in Sri Lanka, India, Bangladesh and Bhutan. West Bengal, the epicenter of the cyclone’s landfall, suffered the worst damage. While a detailed report on the total damage made by Amphan is yet to be published, an initial investigation estimates nearly $13 billion in damages to the state.

Amphan affected nearly 70% of the people in West Bengal, but the Sundarbans, a UNESCO World Heritage site, faced the most catastrophic destruction. The Sundarbans is a cluster of low-lying islands in the Bay of Bengal and is the largest mangrove forest in the world.

This is the land of Bon Bibi and Dokkhin Rai. Bon Bibi, or the Lady of the Forest, personifies the mangroves while Dokkhin Rai, her brother in local mythology, is the fearsome Bengal tiger. Most of the locals eke out a living appeasing the two.

Unfortunately for them, a third deadly force lies at their footstep, the heaving Bay of Bengal, one of the most agitated water body on the planet. Time and again it has sent horrible destruction hurtling down over the people of Sundarbans in the form of severe cyclonic storms. Amphan, too, brought grave misfortune to most of the four million residents of the Sundarbans.

One was Amina Bibi, a local woman in Kalikapur, who was notified by district officials ahead of the storm to move to the nearest school building on the day of the storm. “We never saw something like this before; everything is finished now! What are we supposed to do now! We don’t have our land left! What will we eat from tomorrow!” she lamented.

Khurshid Chowdhury from Gosaba was another victim. He had promised his grandson that he would buy him a boat se he could join in their family business of fishing. His family owns only a small of land for cultivating rice, but that land is now under 2 meters of seawater and is currently unusable for agriculture.

The Sundarbans is one of the least developed regions in West Bengal, inhabited by some of the most impoverished communities in India. Farming and fishing are the two means of livelihood here. The average elevation of the Sundarbans is 2 meters above mean sea level. This puts the area under threat from inundation and wetland loss.

Soil erosion and rising sea level have forced many locals to relocate in every 20 to 25 years for the last few decades. In addition to this, these climate refugees are suffering from an increase in soil salinity and damage to their farmlands after every flooding incident. A cyclone like Amphan pushes the resilience of the community further to the edge, leaving the lives, homes and resources of thousands of people at risk.

The particularly disastrous effect of Amphan was caused by the twin factors of high intensity and the destruction of the coastal protective barrier. The Bay of Bengal is known to have a high potential for cyclogenesis with a frequency of 4-5 cyclones annually.

But the last few years have seen a significant increase in the frequency and intensity of cyclones. It is now widely accepted that climate change plays a major role in affecting these two important parameters, which in turn increase the risks to lives and livelihoods.

Many scholars have studied the relationship between climate change and tropical cyclones and arrived at the conclusion that climate change is playing an important role in boosting the frequency of tropical cyclones. The Intergovernmental Panel on Climate Change (IPCC) mentioned in a report on Ocean and Cryosphere that “[t]here is emerging evidence for an increase in annual global proportion of Category 4 or 5 tropical cyclones in recent decades.”

The report further states that “[r]ising mean sea levels will contribute to higher extreme sea levels associated with tropical cyclones (very high confidence). Coastal hazards will be exacerbated by an increase in the average intensity, magnitude of storm surge and precipitation rates of tropical cyclones”.

Another reason for the severity of the devastation inflicted by Cyclone Amphan has been the destruction of the mangrove forests, which have acted as natural barriers for the coastal areas of the Sundarbans. In recent years many of these mangroves have lost out to development. This has left the area unprotected to the open sea and from the impacts of cyclones.

Despite the importance of the mangroves in protecting coastal areas from cyclonic surges, the Indian government has failed to protect them. Several attempts have been made to do so, but flawed restorative initiatives have done more harm than good to mangroves. Mangrove forests are home to rich biodiversity and provide vital ecosystem services. Yet at the current rate of deforestation the mangroves in the Sundarbans will go extinct in this century.

The post Nature’s fury or our hubris: Why was Cyclone Amphan so destructive? appeared first on Sustainability Times.