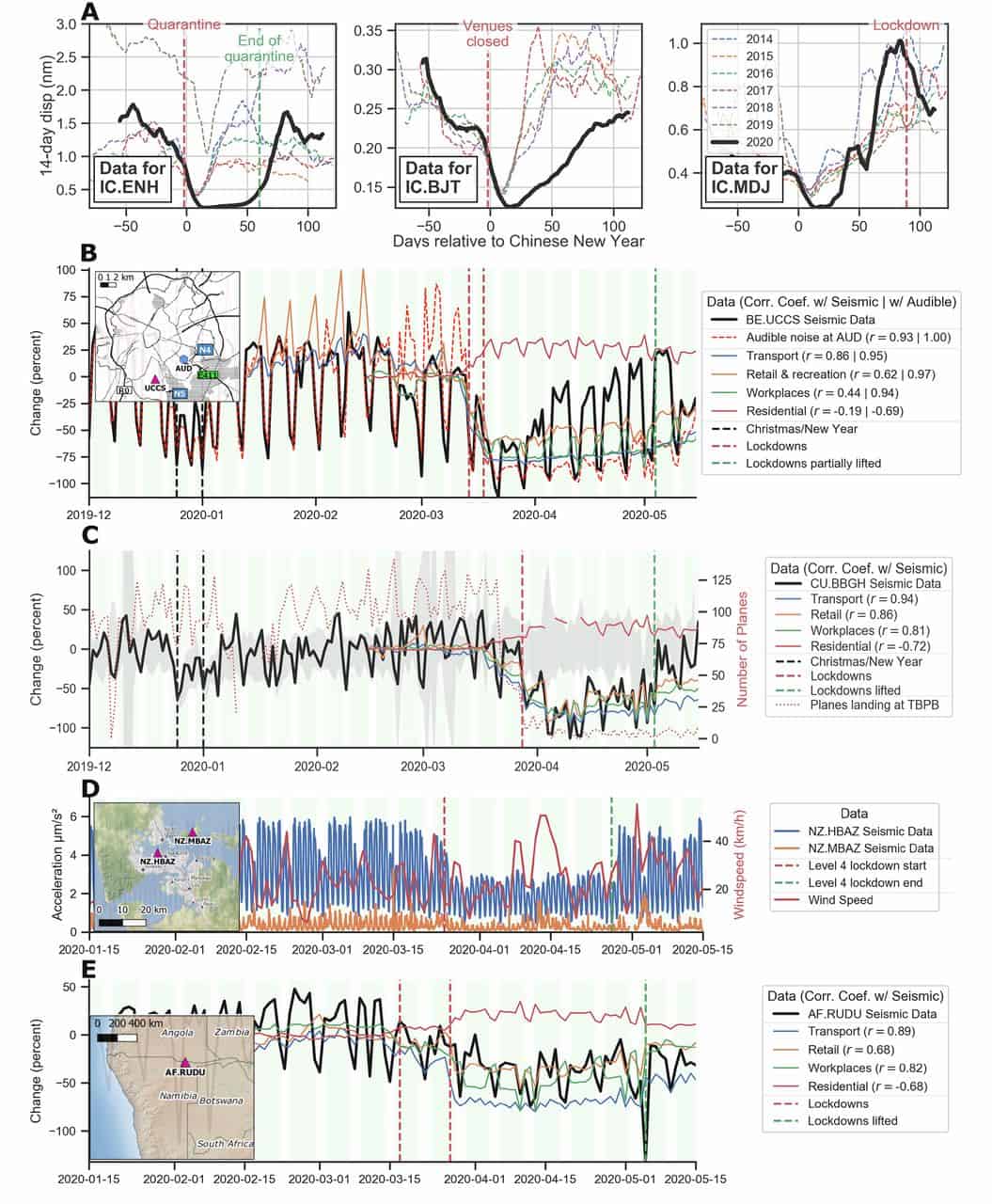 Hear the words “noise pollution” and you likely think of city traffic or industrial activity with their own environmental consequences, notably for wildlife. But a new study of urban noise looks instead at what’s beneath our feet, because human activity also creates seismic noise and the coronavirus pandemic offered scientists a look at what happened when this “noise” from urban activity was muted by lockdowns all over the planet.

The results, published this week in the journal Science, came from some 300 seismic monitoring stations all over the world, and involved the work of 76 authors from 66 institutions in 27 countries. They were led by seismologists Thomas Lecocq and Koen Van Noten of the Royal Observatory of Belgium, with results that may have implications for how earthquakes and volcanic activity are monitored in the future.

One of the key findings, according to Lecocq, is that the COVID-19 pandemic caused a drop in anthropogenic noise that the researchers describe as unprecedented. There were no massive movements of people into cities during the work week, no rumblings of thousands and thousands of commuter train cars, not even stadium sports matches that lead to what scientists have dubbed “football quakes.”

“The strongest seismic noise reductions were found in urban areas, but the study also found signatures of the lockdown on sensors buried hundreds of metres into the ground,” the observatory noted. In fact, there was a 50 percent reduction in global seismic noise and when scientists explored the data, they could see the seismic silencing pattern move from Wuhan, China, at the outset of the pandemic, and then to hard-hit Italy and around the world.

They could read the drop in noise in Barbados, where tourism came to a standstill, and in British and American communities where universities were shuttered. Yet they could also see it in rural Namibia, on the island nation of Sri Lanka – one of the greatest differences showed up there – and at the Black Forest Observatory in Germany, where a recording station buried in bedrock some 150 meters below the surface is normally a benchmark for low seismic noise but still saw its own pandemic-related drop.

From March to May, the scientists found “the longest and most coherent global seismic noise reduction in recorded history, highlighting how human activities impact the solid Earth.” More intriguing is what they could hear, because the absence of human “buzz” meant that seismologists could more readily follow seismic sound that’s normally masked by all of our highways and ports and construction sites and concerts.

In one example, a magnitude-5.0 earthquake at Petatlan, Mexico, generated seismic activity that was visible 380 kilometers away without any filtering because of an estimated 40 percent reduction in human noise during the lockdown. “An earthquake with this magnitude and source mechanism occurring during the daytime could typically only be observed at stations in urban environments by filtering the signal,” the scientists explained.

That discovery is important moving forward, because climate-related migratory shifts, growing populations and urbanization will mean more people living in hazardous geological zones. Finding those previously hidden signals from earthquakes and volcanoes will be one key aim of future research.

“It will become more important than ever to characterize the anthropogenic noise humans cause so that seismologists can better listen to the Earth, especially in cities, and monitor the ground movements beneath our feet,” the researchers add.