US-IRAN-CHINA: Travails of a Trilateral Triangle, and the Emergence of an Eastern Front 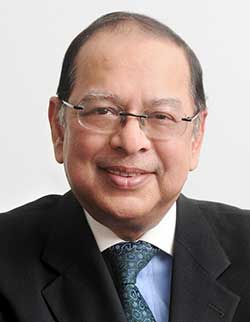 President Jimmy Carter of the United States had once paid Iran glowing tributes, which was received quite normally in American policy circles and raised no eyebrows: He had said: “(Iran was) an island of stability in one of the most troubled areas of the world”. In one of the weirdest ironies of history, within months in 1979, with the Iranian Revolution, the perception of Iran in American eyes underwent a most radical transformation. It was followed by the hostage-taking of American diplomats, and a nose-diving of bilateral relations. Since 1980 there have been no diplomatic connections. However, over the years a kind of modus vivendi had evolved, a grudging tolerance of each other accompanied by some functional interactions. Eventually, in 2015, the US along with key European States entered into what was called the Joint Comprehensive Plan of Action (JCPOA), virtually capping Iran’s nuclear capabilities, and largely stabilizing the relationship.

When President Donald Trump assumed office in 2016, several factors combined to raise his ire vis-a -vis Iran to high pitch. One was his believe that Iran was fomenting destabilization in the Middle East, fed by his closest allies in the region, Israel, Saudi Arabia and the United Arab Emirates. A second was the burgeoning influence of the rabidly anti-Iran hawks in the White House, in the persons of his principal Advisor on the region, his son-in-law Jared Kushner and National Security, Advisor John Bolton someone he violently fell out with in a remarkably short period, but not before the harm was done. A third was that Iran itself did not appear to show any interest in mending fences with Washington or to try curry Trump’s favour in any way. Consequently, Trump tightened the sanctions against Iran, withdrew from the JCPOA to the chagrin of his European allies, and finally in January 2020 ordered a military strike that killed a senior Iranian officer, Major General Qasim Suleimani. US-Iran relations had reached their nadir, the lowest point in decades.

In the meantime, China under Xi Jinping was rapidly racing to reach the status of a global peer of the US. It had won over dozens of nations by funding their critical infrastructures through its mega-project entitled Belt and Road Initiatives (BRI), both on the land (Belt) and sea (Road). The strategy was to achieve its aspiration of Zhongguo Meng or ‘China Dream’, aided by its deep pockets, abundant resources, and swiftly growing technology. The US was chary of letting another power rise to the level of an equal as it felt it would erode its power and security. Also, Trump needed a rallying point for his support- base, comprising white, red-neck, non-College educated, and overly-patriotic zealous Americans. This he did by taking issue with China, held in suspicion not just by this group but also some other American interests, on a host of subjects. He, therefore, adopted many anti-China policies on trade and in other areas. So, a most logical consequence occurred.

Mutual concerns and interests drew Iran and China together. It found fruition in a deal, about to be formalized, involving approximately US $ 400 billion of Chinese investments in Iran over the next 25 years.

Some important details of that understanding have now come to light, though these are subject now to formal approval by both parties. The projects, which number over 100, cover a very diverse field. These include oil trade, infrastructural development, airports, high speed railways, and extend to the field of military cooperation. China will be setting up three free trade zones spread across the country. Obviously, these would be significant components of the BRI.

These arrangements were being negotiated steadily over the last four years or so. When President Xi jinping visited Iran in 2016, the two countries agreed to a Comprehensive Strategic Partnership, the highest pecking order of China’s relationship with any other country. At that point in time both sides agreed to commence negotiations to provide more meat to the broad framework through further negotiations. This gradually gathered momentum as the US relations with both China and Iran continued to deteriorate. It was now clear that both China and Iran seemed ideal scape-goats to be targeted by Trump , as be began to badly needed a cause that might unite a sizeable segment of the electorate behind him in order to lift his perilously low level of support among voters, as indicated by almost every pre-election prediction polls.

As stated, formal approval from both sides are still awaited. It is being debated more in Iran than in China. Since the dependence of Iran on the West during the period of Reza Shah Pahlavi in the Cold war era, Iran has never relied so much on a foreign partner. There are some apprehensions in Tehran on the possibilities of indebtedness to China and associated problems. The Iranian Foreign minister Javad Zareef has had to provide detailed explanations to queries raised in the Parliament. Important personalities like former President Mahmoud Ahmadinejad appear to be requiring some convincing. At the end, given that the US pressure on Iran is unrelenting, the appropriate authorities in Iran are most likely to accord their approval. In China no such deliberations appear to have taken place. The deal , therefore, is most likely to go through.

This possible united front of the two oldest Asian civilizations, the Persian and the Chinese, will have huge ramifications for contemporary global politics. This partnership is also certain to have the blessings of Russia and its President Vladimir Putin. This would add to the solidification of an eastern front vis-à-vis the West, particularly the US. Some Asian powers, however, would be worried. India, for instance, given its poor relations with China , would have cause for concern, particularly as the construction of Charbahar port, once its responsibility which was being poorly executed , partly due to the fear of US opprobrium, and partly due to sheer inefficiency, would now, most likely, pass on to its rival China. So if Cold War 2.0 should come to pass on the global scene, a new line-up in the east, with China and Iran, and Russia in tow, is likely to emerge on the international political matrix ranged against the US and its allies.

Dr Iftekhar Ahmed Chowdhury is Principal Research Fellow at the Institute of South Asia Studies, National University of Singapore. He is a former Foreign Advisor (Foreign Minister) of Bangladesh and President of Cosmos Foundation Bangladesh. The views addressed in the article are his own. He can be reached at: isasiac @nus.edu.sg

The post US-IRAN-CHINA: Travails of a Trilateral Triangle, and the Emergence of an Eastern Front appeared first on Inter Press Service.