The race is on to protect a Vietnamese biodiversity hotspot 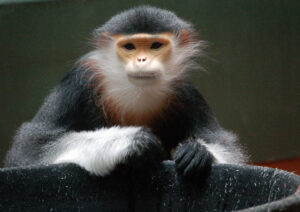 Kon Plong is a sparsely populated district in Kon Tum province in the Central Highlands region of Vietnam. Local forests comprise dense jungles that are among the most biodiverse places in Southeast Asia, a region rightly famed for its panoply of diverse plants and animals.

Its remoteness has helped protected the area from developers and poachers alike and conservationists are hoping to keep it that way. They are lobbying local officials to turn Kon Plong’s forests into protected areas as local development is now well under way in a nation on its way to economic prosperity.

“When I first went [there], there was just one road and it was really bad. It took me a whole day to get to the village I stayed in,” Ha Thang Long, chairman of the nonprofit GreenViet who started working in Kon Plong in 2001, told an environmental publication.

That’s no longer the case, he laments. “Roads have been built everywhere, and hydropower stations have also appeared. A lot of people from elsewhere in the country have also come and tried to start businesses,” the Vietnamese environmentalist said.

Local forests are getting thinned in parts so dense forests are becoming increasingly fragmented, which is leading to habitat loss and easier access for poachers to rare endangered animals.

“I don’t want to overblow it, but it’s probably the largest and most important forest that’s not under special forest status, and because it’s not limestone karst like in far northern Vietnam, it’s probably the most threatened. It could relatively easily be completely cleared,” Kempinski said.

Robust protection of remaining biodiversity hotspots is especially vital in Vietnam. Along with neighboring China, the Southeast Asian nation is a key driver of the illegal global trade in the body parts of rare and “exotic” animals that are ascribed magical healing properties in some forms of traditional medicine. Atavistic local beliefs that attribute curative powers to tiger bones, rhino horns and pangolin scales drive poaching as far away as South America and Africa.

Meanwhile, inside Vietnam sun and moon bears are farmed for their bile, which too is used as an ingredient in traditional medicine at great cost to the animals’ wellbeing. Poachers from Vietnam also make forays into neighboring countries such as Cambodia and Laos in search of exotic wildlife for sale back home on the black market.

Encouragingly, Vietnamese authorities have been stepping up measures to clamp down on poaching and illegal wildlife trafficking. “Vietnam’s amended penal code sends a strong message that wildlife trafficking is now considered a very serious crime that will be severely punished,” notes John Baker, chief program officer of the conservationist organization WildAid.

The post The race is on to protect a Vietnamese biodiversity hotspot appeared first on Sustainability Times.