The best formula for human health and the planet: mother’s milk 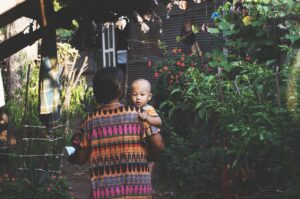 As if the global pandemic hasn’t given parents enough to worry about, now the $70 billion annual infant formula industry has seized the opportunity of  COVID-19 to aggressively promote their products. Yet international health experts and the World Health Organization continue to recommend breastfeeding during this pandemic.

Not only do the benefits of breastfeeding outweigh the potential risks of the coronavirus but scaling up optimal breastfeeding could prevent more than 823,000 child and 20,000 maternal deaths globally each year and improve the health, social and economic development of individuals and nations.

The challenges facing breastfeeding parents illustrate the need to incorporate solutions that address both planetary health and human health. For example, producing milk for formula requires an excessive amount of water and land, while leaving behind an unsustainable amount of toxic manure and greenhouse gas. Dairy cattle are responsible for 19% of the global water footprint of animal agriculture. Most of the  water footprint of dairy cows comes from growing feed crops.

Grazing cattle also reduce biodiverse habitats and leads to the extinction of native wildlife. In addition to those heavy environmental costs, formula requires more energy to produce, package and distribute. And cans, bottles and plastic used to package the products end up in landfills and our oceans.

By contrast, when breastfeeding is possible, it only requires the additional food that a parent needs to consume. In this light, providing systemic support at all levels for breastfeeding parents rather than for the resource-intensive production of dairy is imperative for the well-being of people and the planet.

Breastfeeding helps to prevent malnutrition in all its forms and provides food security to infants from the very beginning of life. And it contributes to food security for the whole family, in times of crisis, which can help break the hunger and poverty cycle. Despite international recommendations only about 40% of all babies born annually are exclusively breastfed until six months of age and only 45% continue any breastfeeding for up to two years.

Additionally, there are large regional and in-country variations in breastfeeding rates. While parents can face a variety of challenges to breastfeeding, oftentimes there is a lack of support in the health system, workplace or community for those who choose to breastfeed.

Breastfeeding is also an important environmental justice issue. Climate change, environmental degradation and biodiversity disproportionately impact Black and brown communities and regions suffering from drought and other climate impacts, as well as pesticides and other toxics. These impacts expedite the decline of human health via food production and food access.

The World Health Organization, UNICEF  and the American Academy of Pediatrics recommend that mothers should exclusively breastfeed infants until six months of age. Thereafter, it’s recommended  to combine breastfeeding and the introduction of new foods until 2 years (or at least until 1 year) of age and beyond.

In the Unites States, Black parents are given the least amount of support for breastfeeding from health care professionals. Only 69% of Black mothers reported breastfeeding, compared to 85 % of white mothers. Still, hospitals serving predominantly black populations are less likely to help black women initiate breastfeeding or provide lactation support after birth, and instead immediately offer formula.

Purchasing formula can be a financial burden for many families, especially families of color. Encouraging breastfeeding helps alleviate the economic strain of providing safe and lasting nourishment for young children.

Black parents, on average, have a greater need to return to work soon after giving birth and are often met with supervisors who aren’t willing to allow flexibility for nursing schedules. Policies such as supporting post-partum paid leave, flexible work schedules and support for breastfeeding or expressing milk at work would greatly increase breastfeeding opportunities.

When parents receive support, whether from family members, volunteers, health professionals or governmental agencies, the duration of breastfeeding often increases.

Legislation to protect breastfeeding and combat aggressive marketing of breastmilk substitutes shows a country’s dedication to the health of its children and mothers by recognizing breastfeeding as an investment in the future. The International Code of Marketing of Breastmilk Substitutes and subsequent World Health Assembly Resolutions need to be implemented and monitored at national levels to protect breastfeeding from the rampant marketing tactics of the industry.

A warm chain of support empowers all parents who want to breastfeed. Breastfeeding provides sustainable nourishment for the most vulnerable communities and sustainable solutions for our planet. As we move forward, it is vital that there are policies that ensure that parents receive systemic healthcare,  community, workplace support for breastfeeding.

This article has been contributed to Sustainability Times by a team of experts from three organizations dedicated to the promotion of breastfeeding.

Jennifer Molidor is senior food campaigner and Jovita Lee is North Carolina state campaigner at the Center for Biological Diversity in the United States.

Amal Omer-Salim is executive director of the World Alliance for Breastfeeding Action (WABA), a Malaysia-based organization, and Revathi Ramachandran is the senior program coordinator at WABA.

Cindy Garrison is a former co-chair of U.S.-based La Leche League International‘s board of directors. Johanna Rhys-Davies is a La League Leader from Wales in the United Kingdom. Anna Burbidge has been a La Leche League Leader for nearly four decades and has held many different roles at the nonprofit, including chair of the council of directors and PR & media director.

The post The best formula for human health and the planet: mother’s milk appeared first on Sustainability Times.