New Arctic permafrost clues lie at the bottom of the sea 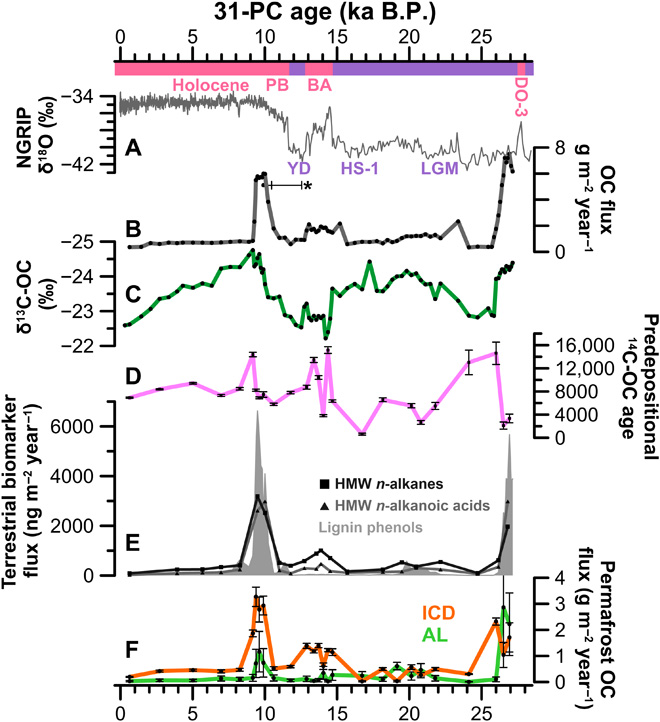 Some of the clues to Arctic Ocean warming – and how permafrost will behave in the warming world – may lie at the bottom of the sea, according to new research that looks at sea-floor sediments to see what happened in previous cycles of planetary warming.

The new work, published Friday in the journal Science Advances, comes from an international team led by doctoral candidate Jannik Martens and Stockholm University. At least five of the eight co-authors are currently aboard the research vessel Akademik Keldysh in the East Siberian Sea as they advance their mission to understand the greenhouse gas impacts of permafrost thaw.

Arctic permafrost stores more carbon than the atmosphere, with the potential to release methane and carbon dioxide as it melts. That release furthers a cycle of increasing emissions that make the planet even hotter. What Martens and his research team wanted to know is how the evidence of past episodes of earth’s warming, such as at the end of the last ice age, point to what we might expect in the future.

So the scientists took an 8-meter sediment core sample from some 1,120 meters below the surface of the Arctic Ocean, and then used radiocarbon dating and molecular analysis techniques to identify the organic matter involved in the process. The findings suggest historic releases of large amounts of greenhouse gases that correspond to previous episodes of global warming.

“It appears likely that past permafrost thawing at times of climate warming, about 14,700 and 11,700 years ago, was in part also related to the increase in CO2 concentrations that is seen in Antarctic ice cores for these times,” said Martens. “It seems that Arctic warming by only a few degrees Celsius is sufficient to disturb large areas covered by permafrost and potentially affect the climate system.”

That coastal erosion was a driving force behind the loss of permafrost, says Dr. Örjan Gustafsson, head of the research program at Stockholm University.

“Coastal erosion continues to the present day, though ten times slower than during these earlier rapid warming period,” says Gustafsson. “With the recent warming trends, however, we see again an acceleration of coastal erosion in some parts of the Arctic, which is expected to release greenhouse gases by degradation of the released organic matter.”

The findings are a troubling call to action because there’s been so little progress to date in reducing global emissions on a timeline that will prevent the worst effects of global heat rise.

“Any release from thawing permafrost means that there is even less room for anthropogenic greenhouse gas release in the earth-climate system budget before dangerous thresholds are reached,” Gustafsson warns.

“The only way to limit permafrost-related greenhouse gas releases is to mitigate climate warming by lowering anthropogenic greenhouse gas emissions.”

Meanwhile, the researchers remain aboard the Akademik Keldysh and continue their latest mission until November 4, when they will return to the port of Archangelsk.

The post New Arctic permafrost clues lie at the bottom of the sea appeared first on Sustainability Times.