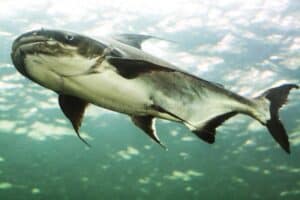 Once, not that long ago, the Mekong River in Southeast Asia was a formidable waterway. Navigating much of the 4,350km-long river was a real challenge. The Mekong, which originates in China and empties into the South China Sea in Vietnam after passing through four other countries, has been largely tamed.

Worse: it has been badly diminished in its grandeur owing to a cascade of hydroelectric dams upstream. These dams, which number 11 in China and two in Laos, have wreaked irreversible damage to the once mighty waterway by fragmenting habitats and causing water levels to plunge to dangerous lows along long stretches of it downstream all the way to its delta in Vietnam.

And yet more dams are in the works. Laos, a landlocked and impoverished nation, is planning to construct a new 684-megawatt dam at the cost of $2 billion with Chinese backing. Most of the electricity generated would be exported to neighboring Thailand, which already has a surplus of electricity to meet domestic demand.

The government of Laos has yet to conduct an environmental assessment study of the dam’s impact on the river, but environmentalists have been warning that any new dams would deal a massive blow to already beleaguered riverine ecosystems.

“Development projects, such as dam construction on the Mekong River and [its] tributaries to support a booming hydropower industry, are bringing great change to ecological, agricultural and cultural systems in this region,” Prof. Kenneth Olson, an American environmental scientist who has researched the topic, has warned.

These dams “could cause irreversible and long-term ecological damage to a river that feeds millions of people,” Olson explained.

In addition, new dams could push endangered aquatic species such as the Mekong giant catfish further to the brink of extinction. The catfish, which is the world’s largest freshwater fish that can grow to 3 meters and 350 kilograms, is endemic to the Mekong River, but is facing an increasingly hard time in its natural habitat.

“It is now only found in the mainstream of the Lower Mekong in Myanmar, Lao PDR, Thailand, Cambodia and Vietnam. It used to be relatively common further north along the Thai-Lao PDR border but is now extremely rare in this area,” the World Wide Fund for Nature (WWF) explains.

“Scientists estimate that the total number of Mekong giant catfish have decreased by around 90% in the last decade. No population figures are available, and estimates of the decline are based on the fall in the number of specimens caught. Some experts believe there may only be a few hundred Mekong giant catfish surviving,” the WWF adds.

Changes in the river’s traditional flow because of upstream dams have also impacted rice farmers and fishermen living alongside the river in six nations. “Water rises so fast and drops so fast because the water doesn’t flow naturally,” said Prayoon Saen-ae, an elderly fisherman who lives in a riverside community in northern Thailand. “It has a huge impact on us. It’s hard to catch any fish, and the fish cannot lay eggs.”

Many locals in neighboring countries like Thailand and Cambodia want the latest hydroelectric dam project to be canceled, fearing that it would deal yet more harm to an already ailing river. The government of Laos, though, sees such dams as a way to relative prosperity by turning the mountainous, landlocked nation into “the battery of Asia.”

“The villagers are aware of this dam,” notes Channarong Wongla, a member of the Rak Chiang Khan Conservation Group in northern Thailand, “but they just don’t know what to do about it.”