Is an end to nuclear waste possible? 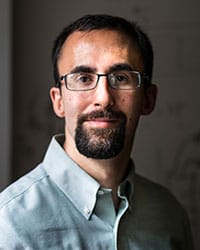 The 2011 Fukushima disaster in the wake of a 9.0-magnitude earthquake has been an inflection point for nuclear power in the public mind, particularly in Europe. The events dealt a blow to the image of nuclear as a safe technology, and a decade on, its reputation is yet to recover – even as nuclear’s advantages in the fight against climate change are becoming increasingly obvious.

The European Union’s reluctance to include nuclear in its long-anticipated “taxonomy”, which determines how much financial support governments are allowed to provide for nuclear projects, is reflective of this. Lawmakers are unsure whether nuclear will be given a lifeline under the EU’s green finance regulations by classifying it a “transition fuel”, or whether it will be permanently ostracized as a form of energy that causes “significant harm” to the environment because of the radioactive waste it produces.

Nuclear waste is one of the main sticking points in the public discourse about the future of nuclear power. In Germany, for example, it has been a driving force behind the country’s nuclear phase-out. “Indeed, the biggest hurdle to public acceptance of nuclear energy is nuclear waste, which is used or spent fuel,” Koroush Shirvan, an expert on nuclear fuel cycles and professor at the Department of Nuclear Science and Engineering at the Massachusetts Institute of Technology, tells Sustainability Times.

The international consensus is that highly radioactive waste should be stored in deep geological repositories, safely locking it away for many centuries. In Europe, “One geologic repository is currently under construction in Finland and another is nearing that stage in Sweden”, explains Prof. Shirvan. “Similarly in France, high level waste is being set aside for geologic disposal after the usable fuel forms (e.g. uranium and plutonium) are recovered and recycled from used fuel.”

Yet technological innovations based on closed fuel cycles mean that the amount and radiotoxicity of waste can be greatly reduced, and the current uranium resources be extended by a few thousand years. “A closed fuel cycle can reduce the volume of used fuel significantly, depending on the disposition strategy for heavier isotopes within the nuclear fuel,” elaborates Prof. Shirvan, meaning that “cost effective sustainability with nuclear energy can truly only be achieved with closing the fuel cycle.”

However, incentivizing the construction of the necessary infrastructure and absorbing additional costs for closing the fuel cycle requires a healthy nuclear industry growing at least 2.5 percent per year operating at scale, and an increase in uranium prices. That’s because “the economic benefits from closing the fuel cycle increase as nuclear energy programs expand.”

Considering that nuclear power use is expanding globally, with the OECD’s International Energy Agency predicting installed nuclear capacity to grow by over 15% between 2019 and 2040, demand for technologies to reduce nuclear waste will likely rise accordingly. A critical technology for doing so are fast neutron reactors (FNRs) designed to use fuel that consists of conventional fuel mixed with reprocessed spent fuel, called MOX.

“The spent fuel comes from water-cooled reactors that are the dominant technology across the world”, clarifies Prof. Shirvan. “By using spent fuel discharged from existing reactors, MOX fuel is able to reduce the needed mass of fuel and extend the current uranium reserves. As such, only countries with a significant number of NPPs would pursue a closed fuel cycle and MOX fuel fabrication.”

For example, France is a major MOX producer, and uses it in its water-cooled reactors, while China and Japan are working towards MOX commercialisation. Russia’s Rosatom, the world’s biggest nuclear vendor, is currently the only company operating several FNRs commercially (theBN-600 and BN-800), and preparing construction of another one, the BN-1200M. These FNRs are sodium-cooled, where MOX is considered as a fuel.

While various sodium-cooled fast reactors have been developed by the US, France Japan and the USSR-Russia, Prof. Shirvan points out that the use of liquid lead as a coolant has several advantages: “Lead has been mastered by Russia, originally for their nuclear submarines and chosen for the Brest demo. The main advantages of lead over sodium are its high boiling point which allows it to operate at higher temperatures, and chemical inertness in interacting with air or water, which means there’s no chance of fire.”

Another example is the EU-sponsored MYRRHA facility to be built in Belgium. It will include both an accelerator driven system and a lead-cooled test FNR, enabling research on high-level nuclear waste treatment. Its commissioning is scheduled for 2034.

According to the MIT professor, fast reactor technology “lends itself well to both burning the geologically unattractive radioactive material for eventual disposal, and breeding new useful nuclear fuel.” Both are functions that represent milestones for the nuclear industry and are game changers for development and deployment. As was noted by Stefano Monti of the IAEA’s Fast Reactor Technology Development Section back in 2013, FNR technology can help in “reducing the amount and toxicity of radioactive waste, as well as the heat emanating from the waste, and also shortening the waste’s hazardous lifetime span.”

This makes a compelling case for nuclear’s future use by effectively addressing one of the most enduring arguments put forward by nuclear skeptics. And the fact that FNRs can create more fissile material than they consume makes them not only highly efficient but promises to make nuclear energy production truly sustainable once commercial operations begin at scale.

In light of the benefits, these technological advancements could trigger a rethinking about nuclear power in Europe down the line, especially as pressure rises on the EU to deliver results on its promises to become climate-neutral by 2050. This view is broadly shared by Prof. Shirvan, who is confident that nuclear power will be regarded a renewable energy source in the nearer future: “With access to more information and with the wrong connotation of nuclear energy and nuclear weapons fading away, it’s reasonable to forecast that by 2050, nuclear energy – alongside other renewable energy sources – will be gaining public support in the USA.”

Yet this requires concerted support for R&D in the sector, not only in the US but globally: “This time scale highly depends on the government initiatives and degree of trust the public has in that government. Therefore, it is likely that many countries will come to this realization earlier than 2050.” Considering the encouraging progress in FNR development, the EU may already have found the solution to its nuclear waste problem. But even if EU lawmakers choose to permanently shun nuclear, the idea that it can become a fully sustainable form of energy is within reach.

The post Is an end to nuclear waste possible? appeared first on Sustainability Times.