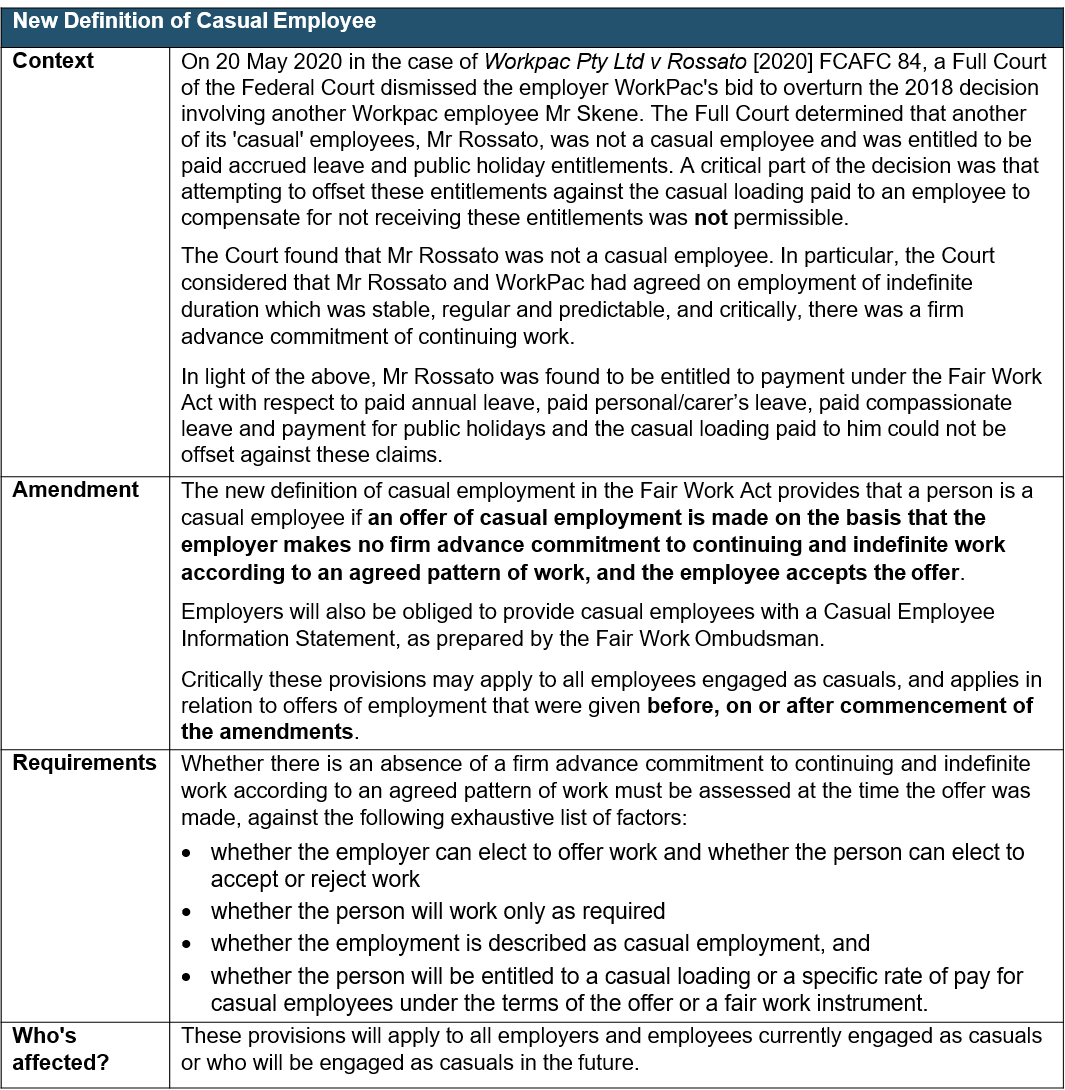 The Morrison Government’s first major workplace reform Bill was introduced into Federal Parliament on 9 December 2020 and has resulted in one significant reform to casual employment laws.

The amendments will take effect after receiving Royal Assent, which will be within 10 working days of the Bill passing through Parliament on 22 March 2021.

The key reforms to casual employment are outlined below. Additionally, the withdrawn amendments have also been summarised, in anticipation that the Coalition Government may yet pursue these changes in the future.

Click here for a PDF of the key reforms or read below:

The amendments to the Fair Work Act contain a framework designed to provide more certainty for employers and casual employees.

The following amendments have now been withdrawn from the legislation:

What Actions Employers Should Take Now?

Existing casual employment contracts and pro forma casual contracts should be reviewed against the new definition, to ensure that their employees are correctly characterised.

Further, employers should review which of their casual workers are eligible for casual conversion, in preparation for making offers and responding to requests regarding the new provisions.

The Bill provides a transition period of six months for employers of existing casual staff at the time of commencement of the Bill, meaning employers should review the appropriateness of the allocation of employees as casuals and where required make offers of part or full time employment.