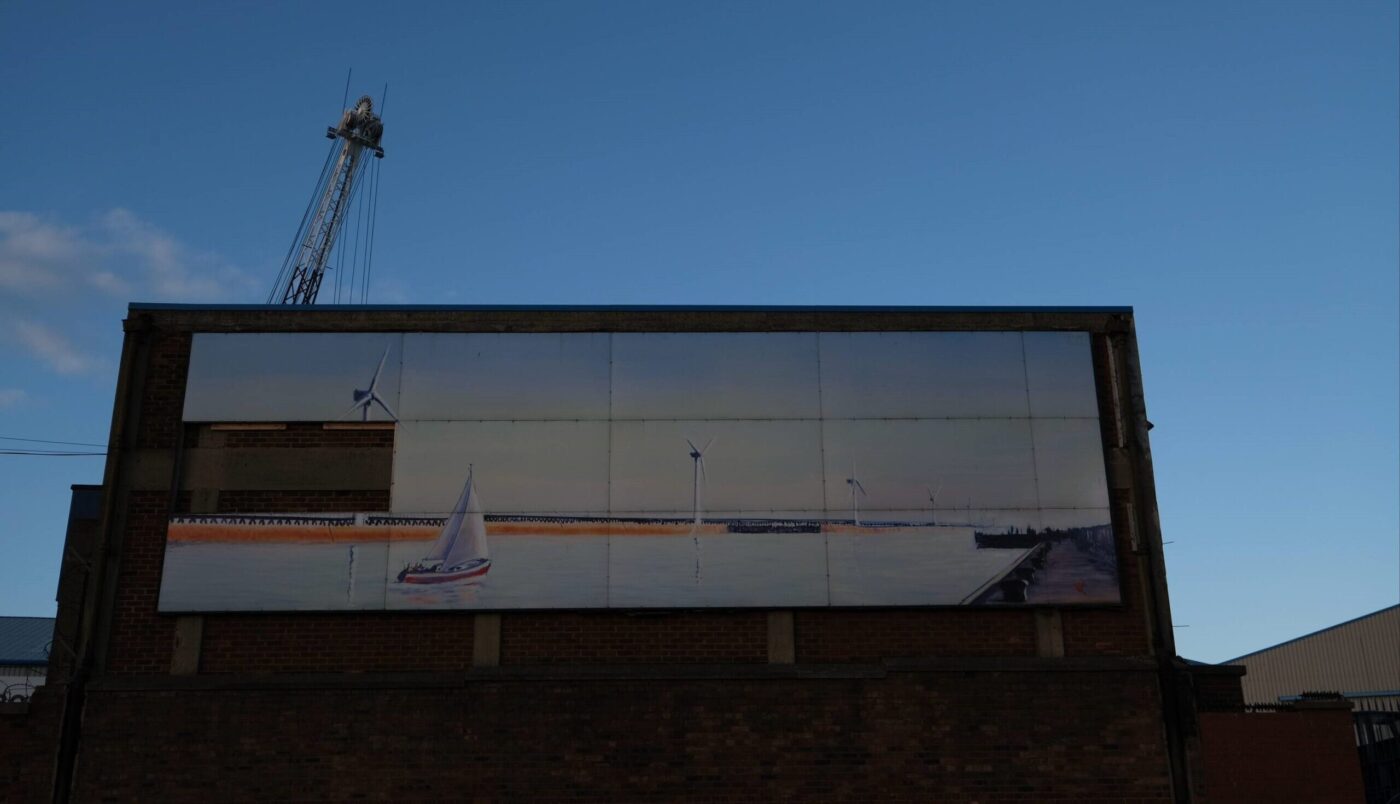 Blyth was once an industrial port and coal town, but it also is home to some of the first offshore wind farms built in the United Kingdom. The history of the coastal town dates back for centuries, and those years span many changes – an evolution that is at the core of an art exhibit meant to encourage reflection on renewable energy.

Now through July 25, the work of nine regional artists is on display at the RePUBlic and Headway Arts galleries, but the art itself is meant to open wider conversations on how Blyth feels about climate change and energy in a community in transition. The “Energies” project is supported by Newcastle University and their partners.

“Blyth is the perfect example of a town which relied on certain industries for a very long time, but these traditional industries are now being replaced with something new. What we don’t know is how the community feels about this change and that’s what we’re hoping to find out with this exhibition,” says project lead Anthony Zito, a professor of European Public Policy at the university.

“Art can help to shed light on the issues in a way that a questionnaire simply can’t. It can highlight emotion and help give us a deeper understanding of these issues.”

In other words, the interdisciplinary team behind “Energies” doesn’t think of the art exhibit as a way to communicate research findings but rather as research itself. It’s an extension of Northeast Coastal Community Resilience, a larger Newcastle project focused on the impact of new energy industries in and around Blyth.

The project sets aside the supercomputer-generated statistical models on carbon emissions or sea level rise, and instead puts the people of Blyth at the center of what a just transition means by encouraging them to talk about their loss and longing for the past, as well as their hopes and fears for the future.

“Blyth has a long, proud industrial history. It is a key location for the UK government’s decarbonization plans. There are many promises. Then again, Blyth has borne the brunt of deindustrialization (particularly of fossil fuel led industries) resulting in very high unemployment, poverty, and concomitant health and wellbeing challenges,” says Dr. Clifton Evers of Newcastle’s media and cultural studies department.

“While there is hope there are questions. Who benefits? What power do different stakeholders have? Who is accountable to who? Can you say no? What do locals know? What emotions are being felt? How does what happens here connect to ‘over there’? What are the more-than-human considerations?”

The arrival of new technologies and low carbon industries – the wind turbines, but also battery gigaplants and biomass and carbon capture technologies – changes the identity of a place as much as it creates a climate pathway moving forward. When the coal and the shipbuilders are gone, there’s a new sense of identity, whether welcomed or mourned, that the university and its partners want to understand.

They’re starting with the pilot project in Blyth, but the “Energies” team plans to take the concept to other towns and cities in England’s Northeast and beyond.