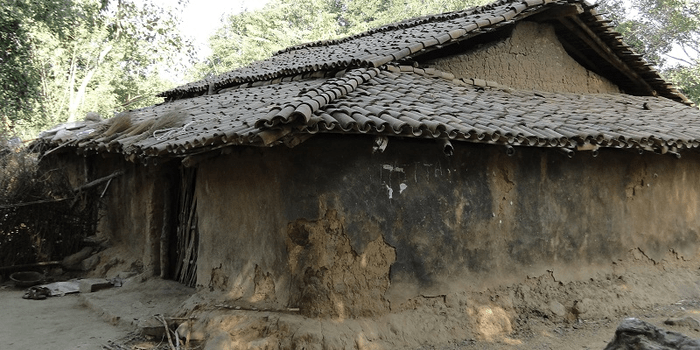 There’s an urgency when many of us say that the Earth is our only home, but that’s literally true for millions of people who build their homes from the soil. Some scientists are now calling for new styles of carbon-friendly earthen homes while raising concern that too many people are moving toward concrete instead.

That message comes after a research team from Delft University of Technology and the University of Leeds looked at how and why people move away from their traditional earthen homes, and the comparatively light footprint of their construction and lifecycle. They recently published their work in the journal Building Research and Information.

Just one in 10 or 12 people on the planet now lives in a home built from soil and mud, clay and stone. That’s down from one in three, although the authors say the old estimates were way out of date. Their findings are based on census data and national statistics from 26 countries that account for three-fourths of global population.

What that means is that about 650 to 700 million people still live in houses made of rammed earth, adobe blocks, and other earthen materials. But as nations experience economic development and higher incomes, with growing urban communities, people tend to want “modern materials.” They’re leaving the traditional materials behind.

And the problem with that, the authors note, is that more concrete is a carbon emissions “time bomb” if people abandon en masse the more sustainable housing styles. To the contrary, cities in the developed world might do well to consider a return to earthen materials in ways that meet modern standards and those of the climate future.

Dr. Alastair Marsh, lead author of the paper and a research fellow in the School of Civil Engineering at Leeds, makes clear that no one wants to prevent people in the developing world from achieving a higher standard of living. Housing still needs to be safe and affordable, but perhaps there’s a better approach.

“We can think of this as trying to have a balanced diet. Just like there’s fundamentally no ‘good foods’ or ‘bad foods,’ there’s no ‘good materials’ or ‘bad materials,’” said Marsh. “It’s more a question of getting the right balance, of not using too much material overall, and using materials that are appropriate for different regions.

“Earth materials have excellent environmental performance but have rapidly been falling out of favor in many parts of the world in recent decades,” Marsh added. “To challenge those negative attitudes, we need to focus on making earthen homes that are healthy, stylish and that people can really want to live in.”

At Delft, paper co-author Yask Kulshreshtha said homes can be built with local soils that can be reused. Some of the techniques offer advantages for reducing emissions, including better energy efficiency and more control over the indoor climate during hot, humid weather.

The authors say there is a budding renaissance for modern earthen homes even in richer countries, and they call for policies designed to promote earthen material use and standards to ensure quality.