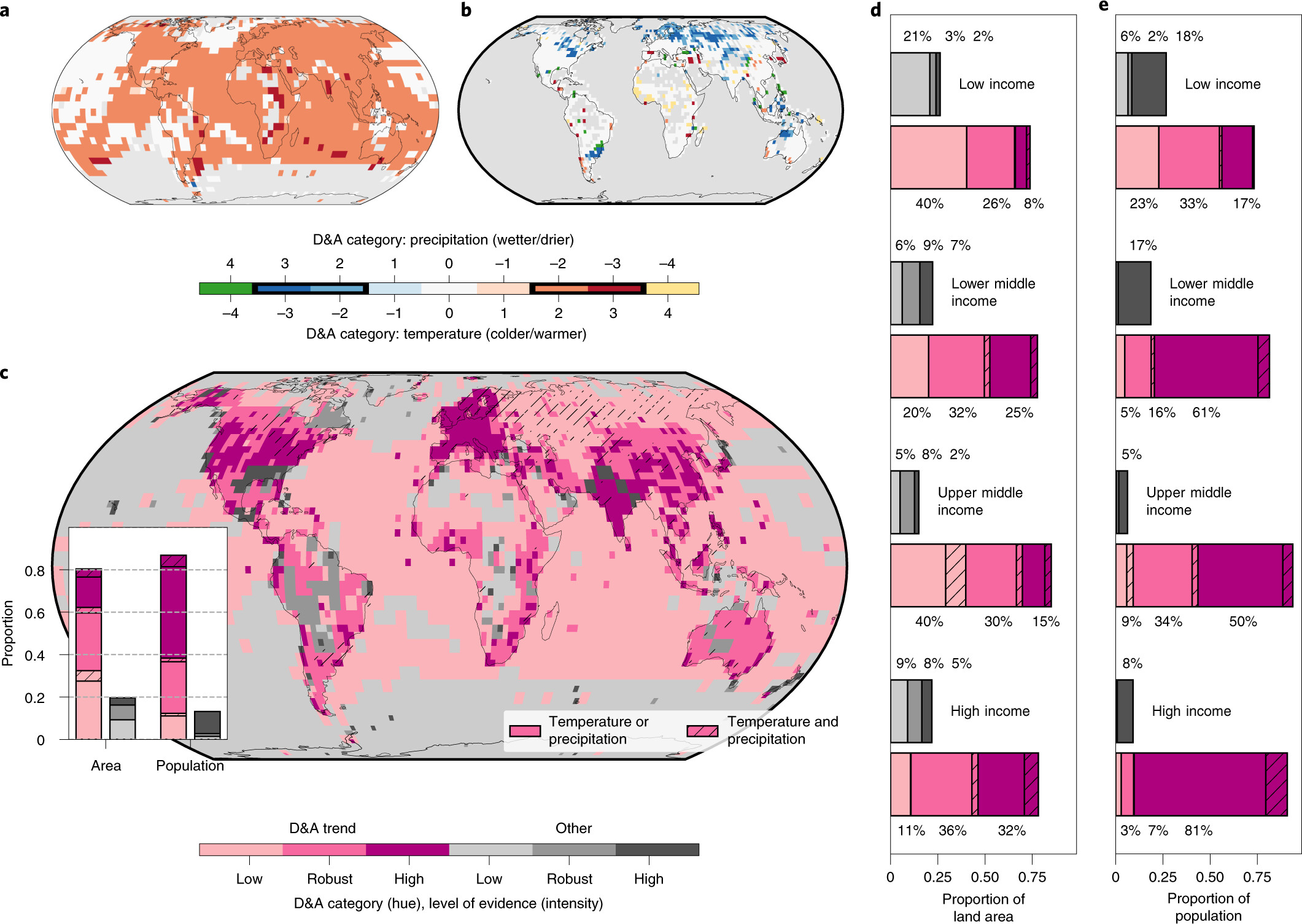 There’s much that’s complicated about the relatively new field of attribution science in climate change, but a team of scientists using a machine-learning technique say they hope that a comprehensive global map they have created will add some clarity on climate impacts.

The newly released map is based on data gleaned from more than 100,000 climate impact studies, paired with data trends in temperature and precipitation. Among other findings, the authors conclude that based on the map results, some 80% of the planet (and 85% of the world’s population) already sees climate change impacts.

“Our study leaves no doubt that the climate crisis can already be felt almost everywhere in the world,” said Max Callaghan, a postdoc at Germany’s Mercator Research Institute on Global Commons and Climate Change. The work, completed jointly with Climate Analytics, was published Monday in the journal Nature Climate Change.

The mapping includes extensive climate-related data that was geolocated for temperature and precipitation. The algorithm used by the researchers to “read” the climate literature was able to pull out each specific climate impact, identify the underlying climate driver and code the geographic location.

The researchers say the power of their “big data” sources has created a new resource that’s meant to inform climate policy moving forward.

“Our world map of climate impacts provides orientation for the global fight against global warming, for regional and local risk assessments and also for specific adaptation measures,” says Callaghan. At the same time, the paper authors note that the machine-learning map is no substitute for expert climate assessment.

“In an age of ‘big literature’ it is an invaluable complement,” the paper authors note. “The use of machine learning means we consider more evidence than would otherwise be feasible, showing where evidence appears to be more prevalent and where important gaps can be observed.”

Those gaps became obvious during the research because scientists can’t map certain areas of the planet very well with data they don’t have. Low-income countries that already feel the effects of climate change don’t have nearly the evidence-based research to support locally-based attribution with confidence, even though research literature from all parts of the world is included in the study.

The absence of data is easy to visualize on the map. For example, parts of western Africa and swaths of Asia show up with evidence that suggests climate change is already at work, and that the change is linked to humans. At the same time, there is no clear picture of what the specific impacts are in the affected ecosystem.

“Developing countries are at the forefront of climate impacts, but our study shows that there are really blind spots in the data,” says Shruti Nath, researcher at Climate Analytics and co-author of the study. “Most of the areas in which we cannot establish imputation are in Africa. The attribution gap has concrete consequences for the planning of climate adaptation measures in these regions and also for access to finance.”