A Guardian of Pacific Culture: The Pacific Community at 75

At the 48th Meeting of the Committee of Representatives of Governments and Administrations held in 2018, regional leaders stressed that protecting and promoting Pacific culture was a fundamental and ongoing role for SPC and new language reinforcing the importance of culture was added to SPC’s priority areas. In the words of former SPC’s Director-General Dr. Colin Tukuitonga, “the cultural heritage of the Pacific is an invaluable treasure, bound up with SPC’s history, and key to our region’s future.” 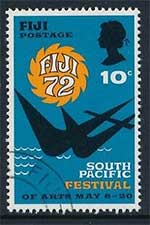 SPC’s connection to Pacific culture traces it’s roots back to the founding of the organization, but its most visible efforts can been seen through the history of the Festival of the Pacific Arts and the establishment of the organizations Regional Media Centre.

In 1968, Pacific Leaders were becoming increasingly concerned about the erosion of traditional customary practices. In response, at the 8th Pacific Conference, a proposal was made to convene a Pacific arts festival. The idea was enthusiastically embraced and plans for the first South Pacific Arts Festival began.

The 11th Conference in 1971 expressed support for the Festival, with delegates emphasising ‘the importance of making it a Festival of Pacific culture without the intrusion of Western culture’. They wanted the peoples of the region to share their cultures and establish a deeper understanding and friendship between countries. The first festival was held in Suva in 1972 with more than 1000 participants from 14 Pacific countries and territories, making the event a resounding success. 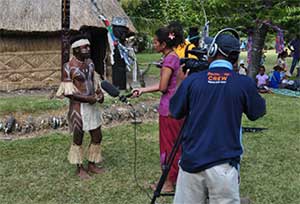 To ensure it became a permanent event, a Council of Pacific Arts was formed at a meeting organised by SPC in 1975. Its mandate was to provide the SPC Conference with specific information about the Festival and, more generally to advise the Conference on cultural affairs. With the second Festival of Pacific Arts (FestPac) held in Rotorua, New Zealand in 1976, the event become firmly anchored as a permanent regional event. Since then, there have been 12 FestPac’s held in locations across the region, with the 13th currently planned for 2024 in Hawaii.