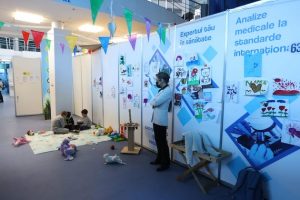 A brutal war now engulfs the young lives of an estimated 7.5 million children in Ukraine. Caught in the crossfire of bullets and missiles as the conflict escalates, children and young people have been plunged into a humanitarian crisis.

With their lives turned upside down, affected children are lost, traumatized, and among millions fleeing their homes into neighboring countries, including the Republic of Moldova, in search of safety, protection, and assistance.

“As a result of the conflict in Ukraine, across the region, there are more than 5 million refugees who have fled Ukraine and an additional 7.1 million people internally displaced. An estimated 400,000 people have passed through Moldova in search of safety thus far,” she says. 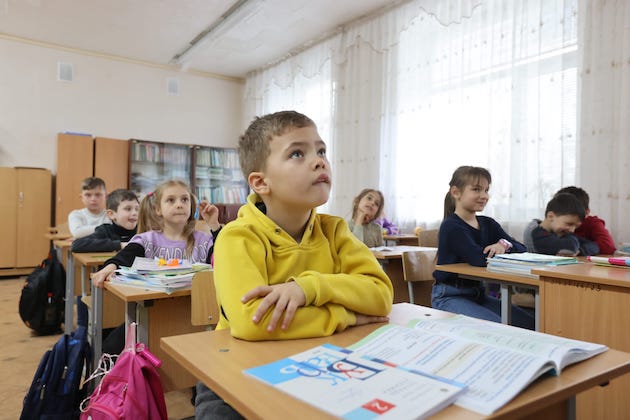 Sherif paints a picture of a country unprepared for the refugee crisis – despite its welcoming spirit and an open-door policy for refugees.

“Moldova is the poorest country in Europe with significant capacity gaps and is struggling to accommodate an inflow of refugees. Today, Moldova hosts at least 100,000 refugees, including 50,000 refugee girls and boys, of whom only 1,800 are currently enrolled in school.”

Sherif confirms that Moldova is registering the children as quickly as possible to attend school and that public schools are open to refugees. Still, she says there are pressing issues facing affected Ukrainian refugee children and that, as of now, Moldova is ill-equipped to address their educational needs.

Sherif says that the capacity was stretched in Moldova, and many parts of the education system needed development even before the refugee crisis.

With 50,000 children in the country needing to be enrolled, she says, the capacity is “now stretching beyond what was expected. Moldova was not ready for this crisis.”

ECW and its strategic partners US Agency for International Development (USAID),  Foreign, Commonwealth & Development Office/UK (FCDO/UK), and Theirworld were looking at the capacity gap, including “urgent mental health and psychosocial services.”

Children in Moldova are taught in Romania, a Latin-derived language, while children in Ukraine speak Russia, a Slavic language – leading to language barriers. This requires additional teachers who can teach in Russia and are trained to handle children in crisis. For refugee children in the rural part of Moldova, access to safe water and sanitation is another pressing need.

Sherif spoke in the backdrop of a high-level mission to Moldova with its strategic partners in a coordinated and joint-up response in Moldova.

ECW has thus far contributed 6.5 million US dollars to support education in emergencies response to the Ukraine refugee crisis.

In March, the organization announced that it had made a grant of 5 million US dollars available for Ukraine’s First Emergency Response.

On April 13, ECW announced a new, initial US$1.5 million allocation to support the education in emergencies response, to be delivered in partnership with the Government of Moldova, to ensure refugee children and youth can access safe and protective learning opportunities.

During the high-level mission, USAID also announced an additional 18 million US dollar contribution to the ECW global trust fund to support ECW education responses in crisis-impacted countries across the globe. After Germany and the UK, this contribution makes the USA the third-largest donor to ECW – the UN global fund for education in emergencies and protracted crises.

With an estimated $30 million funding gap for the emergency education response in Ukraine, ECW has escalated advocacy efforts, calling for donors and other strategic partners to help close the gap. 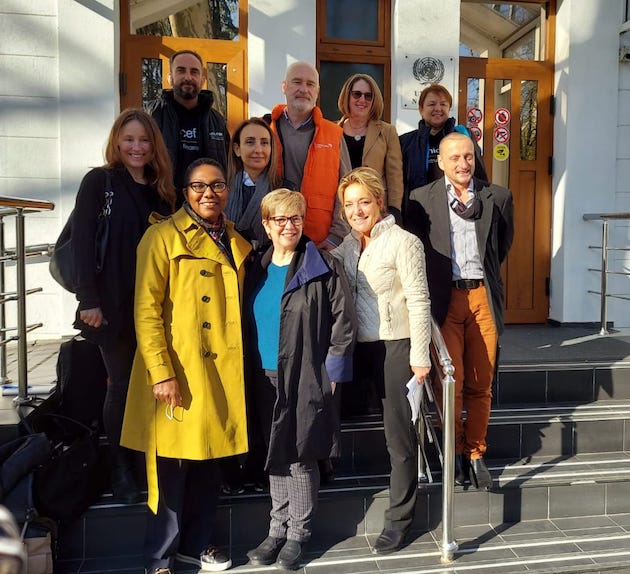 UNHCR Representative to Moldova, Francesca Bonelli, says education is key to refugees living with dignity and “is one of the first services requested. We greatly appreciate the support of the Moldovan authorities, teachers, and communities in welcoming refugee learners.”

Theirworld President, Justin van Fleet, says the organization will announce additional funding. Theirworld is a global innovative children’s charity committed to ending the global education crisis and unleashing the potential of the next generation.

The funds, he says, will support refugee education projects in the coming weeks, harnessing the charity’s experiences from other emergencies and campaigning to ensure donors invest 10% of the humanitarian response funding into education.

“COVID-19 school closures have taught us that learning loss amounts to more than days missed in school,” says UNICEF Representative to Moldova Maha Damaj. “In Moldova, UNICEF is working with partners to help refugee children coming from Ukraine reclaim their learning experience in a safe and supportive environment, nurturing their resilience against the traumas of war.”

“As a leading donor to Education Cannot Wait, the UK is committed to protecting the right of all children to education, including those affected by the crisis.  We stand ready to support a coordinated education response for refugee children from Ukraine. Education must be prioritized as an integral part of the ongoing humanitarian response in Ukraine,” says Alicia Herbert, Director of Education, Gender and Equality and Gender Envoy, FCDO.

Whether contributed resources will meet the most pressing needs of affected Ukrainian children in Moldova, Sherif says it all depends on how long it takes to resolve the ongoing conflict in Ukraine.

“More than 400,000 refugees have passed through Moldova. Should hostilities escalate further and new towns such as Odesa are captured, the second wave of refugees will be coming to Moldova and elsewhere,” Sherif says.

“Moldova is currently unprepared for a refugee crisis of this magnitude, and more funding will be required to meet the ongoing capacity gap. I appeal to governments and the private sector not to rest because there can be no peace until everyone has peace.”