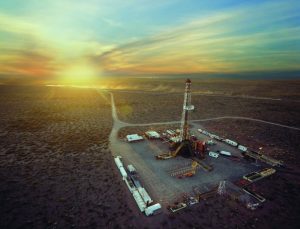 A view of two towers in Vaca Muerta, the field whose discovery gave Argentina huge potential in shale gas and oil. Since 2011, governments have dreamed of fully exploiting it, but have been unable to do so, so the country spends billions of dollars annually on imports of gas. CREDIT: Energy Secretariat

Argentina, which has one of the largest unconventional hydrocarbon deposits in the world, has been forced to import gas for 6.6 billion dollars so far this year.

The main reason for this paradox -which aggravated the instability of the economy of this South American country- is the lack of transportation infrastructure.

In a public ceremony on Aug. 10, President Alberto Fernández signed the delayed contracts for the construction, for more than two billion dollars to be financed by the State, of a modern gas pipeline aimed at bridging that gap.

The objective is to bring a large part of the natural gas produced in Vaca Muerta to the capital, Buenos Aires, home to nearly a third of the 47 million inhabitants of this Southern Cone country.

Vaca Muerta is a geological formation with an abundance of shale gas and oil, located in the southern region of Patagonia, more than 1,000 kilometers from Buenos Aires.

The name Vaca Muerta has been on the lips of recent Argentine presidents as a symbol of the better future that awaits a country whose economy suffers from a chronic lack of foreign exchange and a weakened local currency, resulting in a poverty rate of around 40 percent of the population.

This has been the case since 2011, when the U.S. Energy Information Administration (EIA) reported that Vaca Muerta makes Argentina the country with the second largest shale gas reserves, behind China, and the fourth largest oil reserves.

Vaca Muerta has reserves of 308 trillion cubic feet of gas and 16.2 billion barrels of oil, according to EIA data, confirmed by Argentina’s state-owned oil company YPF.

“With Vaca Muerta, Argentina has the potential not only to achieve energy self-sufficiency but also to export. We are missing a huge opportunity,” said Salvador Gil, director of the Energy Engineering program at the public National University of San Martín, on the outskirts of Buenos Aires.

Gil told IPS that Argentina could play an important role, given the crisis of rising energy prices driven up by the war in Ukraine, which threatens to drag on.

But to do so, it must solve not only its transportation problems, but also the imbalances in the economy, which for years have hindered the influx of large investments in the country.

“Today, what the world needs is energy security and Argentina has gas, which has been identified as the main fuel needed for the transition period towards clean energies, in the context of the fight against climate change,” the expert said. 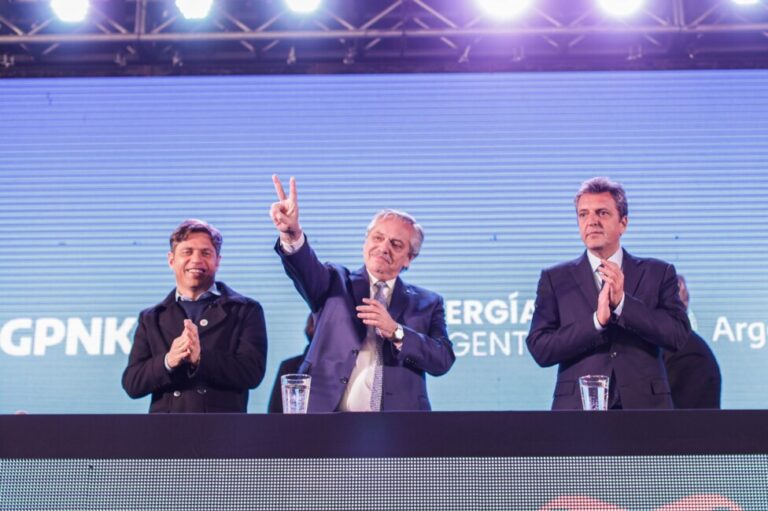 Argentine President Alberto Fernández, flanked by Economy Minister Sergio Massa (left), and the governor of the province of Buenos Aires, Axel Kicillof, signed a contract for the construction of the gas pipeline that will expand the capacity to transport natural gas produced in the Vaca Muerta field to the capital. It is considered a key project for the Argentine economy. CREDIT: Casa Rosada

However, since 2011, when the EIA made public its first data on Vaca Muerta’s potential, which led politicians and experts to start dreaming that Argentina would in a few years become a kind of Saudi Arabia of South America, the country is in fact more and more dependent from the energy point of view.

A study of the period 2011-2021 released this year by a private think tank states that “the decade was characterized by an increase in Argentina’s external dependence on hydrocarbons: gas imports increased by 33.6 percent over the decade while diesel imports grew by 46 percent and gasoline expanded 996 percent.”

The document, published by the General Mosconi Energy Institute, points out that Argentina, which until the end of the 20th century enjoyed self-sufficiency in gas and oil, began to experience a considerable decrease in production in 2004.

Two years later, gas began to be imported by pipeline from Bolivia and in 2008 liquefied natural gas (LNG), brought by ship mainly from the United States and Qatar, started to be imported.

Still far below its real potential, Vaca Muerta’s production has been growing. In June it contributed 56 percent of the 139 million cubic meters per day of natural gas produced in Argentina, according to official data.

Gas is the main fuel in the country’s energy mix, accounting for about 55 percent of the total.

With regard to oil, Vaca Muerta contributed 239,000 of the 583,000 barrels per day of national production in June.

Today, gas from Patagonia in the south is transported to Buenos Aires and other large towns and cities through three gas pipelines built in the 1980s, which do not live up to demand.

For this reason, the gas pipeline whose contract was signed this month has been described by both the political leadership and the academic world as the most urgently needed piece of infrastructure in Argentina at the moment.

Its cost was set at 1.49 billion dollars at the end of 2021, but it will probably exceed two billion dollars, due to the devaluation and inflation that are crippling the Argentine economy.

According to the government, the pipeline will be operational by June next year, at the beginning of the next southern hemisphere winter. 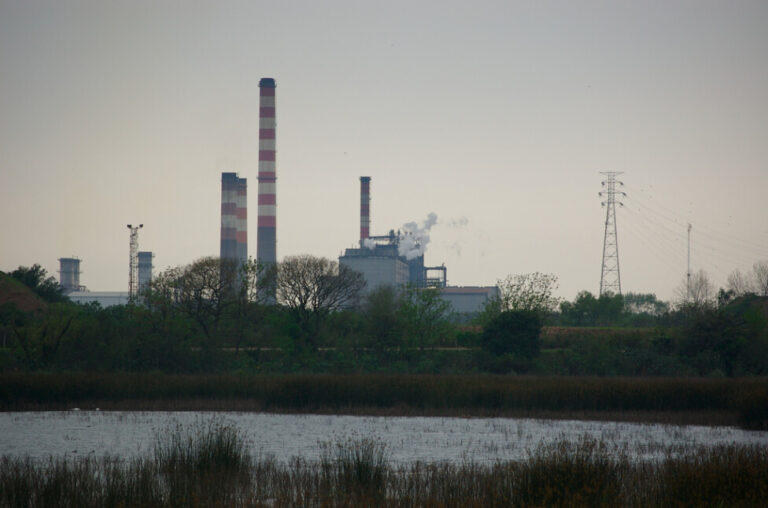 View of the Costanera thermal power plant, which produces electricity in Buenos Aires with natural gas. Thermal generation predominates in Argentina’s electricity mix, making up almost 60 percent of the total in 2021. The gas shortage recorded this southern hemisphere winter made it necessary to use more liquid fuels to supply the power plants. CREDIt: Enel

In search of investment

“Of course the pipeline is important, but it will not solve all of Argentina’s energy problems,” said Daniel Bouille, a researcher with a PhD in energy economics.

The expert reminded IPS that an important factor is that shale oil and gas is extracted using the hydraulic fracturing technique or fracking, which “is more costly than conventional techniques.”

“To develop Vaca Muerta´s great potential, investments of between 60 and 70 billion dollars are needed,” he explained.

Bouille said that today the conditions do not exist for these investments to take place, in a country whose economy has not been growing since 2010 and where there are exchange controls and limits on the export of foreign exchange, none of which foments confidence among international capital.

In order to combat this situation, Economy Minister Sergio Massa announced that on Sept. 9 he will visit oil giants such as Chevron, Exxon, Shell and Total at their headquarters in the U.S. city of Houston, Texas to interest them in the possibility of investing in Vaca Muerta.

Argentina does not seem to be coming up with alternatives. “For 20 years the country’s conventional oil and gas production has been steadily decreasing, because all the basins have been depleted,” said Nicolás Gadano, an economist specializing in energy at the private Di Tella University.

“It is precisely the shale hydrocarbons from Vaca Muerta that in the last five years have offset the situation to slow the fall in total production,” he added in an interview with IPS.

Gadano believes that further development of Vaca Muerta’s potential will be positive for Argentina even from an environmental point of view.

“This year in Argentina a lot of oil was used for electricity production due to the lack of gas. But when the pipeline begins to operate, liquid fuels will be replaced by gas, which is a cleaner fuel,” he said.

There are also less visible but critical voices regarding the focus on Vaca Muerta as the path that Argentina should follow in terms of energy.

He noted that “Vaca Muerta hydrocarbons had no possibilities of being exported until the current global energy crisis. It wasn’t until this year’s international price increase that a market for them emerged.”

“Argentina has forgotten about renewable energies and is committed to fossil fuels, which is a step backwards and goes against international climate agreements. Seeking the development of Vaca Muerta has been the only energy policy of this country in the last 10 years,” he complained.