Why ‘mercy-killing’ wild animals is so controversial 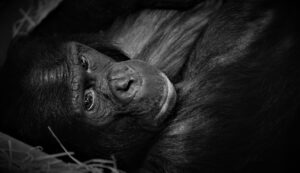 Two wild animals that strayed from their ordinary habitats and into close proximity to humans were recently killed in high-profile cases. The life of Freya the walrus was ended by officials in Oslo on August 14 2022, reportedly because the animal posed a threat to humans.

Four days earlier, the life of a beluga whale that had strayed into France’s Seine River was ended during a failed rescue attempt.

Many people followed the whereabouts of these animals, cared about their welfare, and were shocked and saddened by their deaths. A private fundraising campaign has even been set up to erect a statue of Freya in Oslo, with its creators arguing that the walrus should not have been killed.

Although the decisions to end the lives of the beluga whale and Freya the walrus were based on different factors, they both ultimately expose the contested nature of animal euthanasia, which is often referred to as “mercy killing”.

As a researcher of animal end-of-life situations and the decision-making behind animal euthanasia, I know these decisions aren’t taken lightly. But they’re also different from case to case, informed by different ethical perspectives on the moral value of animals.

Public disagreements about when animals should be killed reflect the diversity of views in society about how we should treat animals. We tend to treat wild animals differently to kept animals, for instance, and we tend to see farm animals as different from pets.

These differences are a reflection of the different bonds formed between humans and animals in different contexts. But they also reflect the three different perspectives humans take on the moral value of animals.

First, animals can be recognised for their instrumental value. In this perspective, animals are valued as a source of companionship, animal products, or knowledge gained through research. Seen as mere instruments, this perspective permits using, keeping and killing animals for the benefit of humans.

Second, animals can be valued for their own sake, for instance, because of the capacity of being sentient. In this perspective, the moral value of an animal doesn’t depend on its usefulness to humans but is intrinsic to the animal.

This means humans should respect the animal, including their welfare and integrity. Using, keeping or killing animals is consequently not permitted by this perspective unless there are strong arguments to justify these actions.

Finally, animals can be recognised as morally equal to humans. That grants animals the rights that humans have. This perspective means animals should not be used, kept or killed for human interests under any circumstances.

Although there is a trend in many societies to recognise the moral value of animals in law, there is still no consensus on how exactly we should treat animals. This explains part of the current discussion.

Whether or when animals themselves have an interest in the continuation or ending of their lives is the subject of an ongoing debate.

Animals are increasingly recognised as “sentient beings”. Many are understood to possess the ability to evaluate the actions of others, to remember some of their own actions and their consequences, to assess risk, to have feelings, and to have some degree of awareness.

Despite this starting point, there remain challenges to deciding when to end an animal’s life. Because in most cases humans cannot communicate with animals, we have to rely on veterinary, animal behaviour and animal welfare science to determine if it’s in an animal’s interests to end or continue its life.

It is therefore vital that species-specific experts are involved when decisions are made to end an animal’s life. They are best placed to assess the interests of the animal, based on its quality of life and the suffering it may be experiencing.

Nonetheless, attitudes towards animal euthanasia are fluid. Freya and the beluga whale show that when animals cross contexts, in this case from the wild into human urban areas, views on how to treat them can change dramatically.

Human interests are often at play when an animal’s life is ended. These interests can be diverse, including emotional, financial and societal considerations. They can influence the final decision to end the life of the animal, or the amount of time and money we might be willing to spend on potential alternatives.

When the interests of humans and the presumed interests of an animal are identified, the interests at stake are balanced to come to a final decision. In many cases, interests are conflicting. Decisions are further complicated when the public weighs in, as they’re likely to subscribe to different perspectives on the moral value of animals.

In these cases, there are no easy answers. What we learned from the recent cases is that ad hoc decision-making adds even more complexity, provides little room for reflection, and leaves the general public confused and in some cases outraged.

More comparable cases will follow in the future. An open discussion of different end-of-life strategies for animals, and the different interests of those involved, could help reduce that confusion and outrage in the future.

This article was written by Ellen Deelen, a PhD Candidate at the Centre for Sustainable Animal Stewardship at Utrecht University, and Franck Meijboom, an associate professor and head of CenSAS at Utrecht University. It is republished from The Conversation under a Creative Commons license. Read the original article.

The post Why ‘mercy-killing’ wild animals is so controversial appeared first on Sustainability Times.