Conflicts and drought in the Sahel are impacting the development of Africa’s ambitious Great Green Wall. Credit: UN Chad

Promoters of the Great Green Wall have called for strong political will in engendering peace and increasing investment in environmental preservation, which the project launched 16 years ago seeks to enhance.

Competition over natural resources that are affected by climate change is fueling interstate conflicts, especially in West Africa, a region in the path of the Great Green Wall. The Wall is an Africa-led project to stop the march of desertification across Africa through the restoration of more than 100 million hectares of degraded land.

These trees will grow money

The project was initially aimed at planting trees in the Sahel region from Senegal in the west to Djibouti in the east, but its scope has been expanded to cover the restoration of degraded land in more than 20 countries with a view to sequestering 250 million tonnes of carbon and creating 10 million green jobs by 2030, the promoters of the project say.

To date, the project has covered more than 4 percent of the target 100 million hectares, but it is making good progress to make the deadline, says Paul Elvis Tangem, coordinator for the Great Green Wall Initiative at the African Union Commission.

According to a United Nations status report, the Great Green Wall needs to cover 8 million hectares of land a year at a cost of up to $4.3 billion if it is to meet the implementation deadline.

Tangem says the project, which has received multiple funding from governments, donors, and multilateral development banks, would need more than 50 billion US Dollars to be realized by 2030. Currently, about 27 billion US dollars has been pledged, a seemingly huge amount which Tangem says is not much if the return on investment at 1:7 US dollars in nature-based solutions is considered.

Tangem notes that the escalating impacts of climate change across Africa justify the speedy implementation of the project, which is now more than just planting millions of trees across Africa but a holistic approach to unlocking economic and ecological benefits for many countries.

Launched in 2007, the Great Green Wall is envisaged that the land restoration initiative will boost economic prosperity in the participating countries, create employment, reduce hunger and reduce conflict, which has been linked to a fight over access to and use of natural resources across the width of Africa.

“The various COPs from UNFCCC COP 15, the UNFCCC-COP27, and the CBDCOP15 have recognized the Great Green wall as an important project giving more impetus to mainstream it in all development plans and giving more visibility to it,” Tangem said, noting that the current climate change impacts and conflicts arising from natural resource use were challenges that the project was seeking to solve.

Conflicts and climate are the greatest threats to the full realization of the Great Green Wall currently, Tangem explained, adding that the impact of drought across Africa has justified the importance of the GGWI, which has garnered global attention as a solution to land degradation, drought, and desertification.

“The main challenges we have now, especially for farmers, is the issue of grazelands which is the biggest push of conflict in the drylands of Africa,” Tangem told IPS in an interview, highlighting that there was high competition for rangelands between countries and within countries, especially in West Africa where part of the Great Green Wall runs. He cited the conflict in the Tigray region as less political and more environmental.

“It is the competition for land, the politics of it is what we see, but the underlying causes are natural resources,” said Tangem. “People do not want to speak the truth, but many conflicts in Africa are basically in the drylands, which are the areas most vulnerable to climate change and where the GGWI is focusing on. So we have a challenge.”

Remarking that it was now impossible to work in Mali, Burkina Faso, Niger Republic, Chad, Nigeria, Ethiopia, and Eritrea as a result of conflict, Tangem underscored the need to restore peace by restoring the environment.

The biggest challenge we are having today is security,” Tangem observed. “Conflicts are a big, big challenge. Most of the challenges that are happening now are because of competition for natural resources, the use of benefit sharing of the scarce resources from water, fertile land, fishing, and pastoral lands.”

When the Great Green Wall Initiative started, there was skepticism that it was a ‘white elephant’, Tangem said, but now it was the project to support. 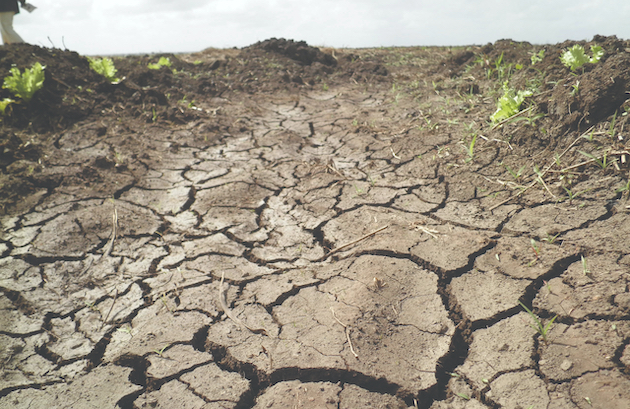 In November 2022, global leaders launched the International Drought Resilience Alliance to give political impetus to making land’s resilience to drought and climate change a reality by 2030. The Alliance is a boost to the Great Green Wall Initiative.

Droughts are hitting more often and harder than before, up nearly by a third since 2000. Climate change is expected to cause more severe droughts in the future. Recent droughts in Australia, Europe, the western United States, Chile, the Horn, and Southern Africa show that no country or region is immune to their impacts, which run into billions of dollars each year, not to mention human suffering, says Ibrahim Thiaw, Executive Secretary, United Nations Convention to Combat Desertification (UNCCD).

The United Nations has recognized the Great Green Wall Initiative as one of 10 pioneering efforts to revive the natural world, designating it as one of its inaugural World Restoration Flagships.

Tangem said this recognition of the Great Green Wall Initiative as a key programme for land restoration had elevated it beyond being an African project.

“When people were still talking about the reality of climate change, Africa saw the need to respond to this challenge through this programme. The project has taken desertification and drought to the global agenda,” Tangem said.

Inger Andersen, Executive Director of the United Nations Environmental Programme (UNEP), warns that the world cannot turn a blind eye to the impacts and effects of degraded lands in places like the Sahel, where millions face multiple vulnerabilities, including climate shocks and conflict. Action to tackle the drought is of utmost urgency, Andersen stressed.

Noting that desertification was becoming a massive crisis, Ursula Gertrud von der Leyen, President of the European Commission, which is part of the International Drought Resilience Alliance, said the alliance is focusing on finding nature-based solutions and the right technology and societal approaches to prevent further land degradation.

Presidents Pedro Sánchez Pérez-Castejón of Spain and Macky Sall of Senegal rallied world leaders to create the Alliance as “a specific solution for the United Nations” to the impacts of climate change. In a joint communication, they declared that building resilience to drought disasters was the way to secure the gains made on sustainable development goals, particularly for the most vulnerable people.
IPS UN Bureau Report